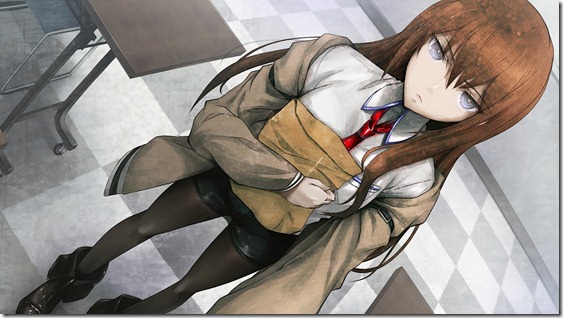 If you weren’t aware, there’s a fan-translation project underway for the PC version of Steins;Gate. Two days ago, one of the translators updated his blog revealing that he’d been contacted by JAST USA, regarding some sort of “deal”.

After Siliconera reader, Ladius, tipped us off (thanks!), we got in touch with JAST USA founder, Peter Payne, to ask what was going on, and whether the company was eyeing Steins;Gate for a possible licensing deal.

“Yes, we’ve talked with Nitroplus about the possibility of bringing out Steins;Gate in English,” Payne shared with us via e-mail, “although it’s complicated as there are two different companies involved, i.e. Nitroplus and 5pb, and we need the agreement of both.”

“In order to make a title like Steins;Gate be really successful, we need the support of major download software distribution platforms such as Steam; something that’s been lacking when it comes to these titles so far (not surprisingly, as most have been 18+ titles, unlike Steins;Gate).”

Prior to this, in a recent interview with Siliconera, Payne discussed his ongoing working relationship with Nitroplus. “Nitroplus is a hugely successful company in Japan and are also a very cautious one. They would basically like us to publish a title, wait two years to see how the sales are, then decide the next title to publish,” he revealed.

He added: “This is too slow for us and for our customers, so we’re pushing them to let us release more games, several of which we’ve announced and published in our 2011-2012 game catalogue.”

Two of Nitroplus’ adult titles, Saya no Uta and Hanachirasu, will be published by JAST USA this year. Steins;Gate, however, was developed in collaboration with its publisher, 5pb, which is why their consent would be necessary for the deal to come through.

That having been said, 5pb are interested in releasing their games overseas. In fact, one of their other games is already slated for a North American release this year. Fingers crossed that a Steins;Gate deal can be worked out at some point in the future.