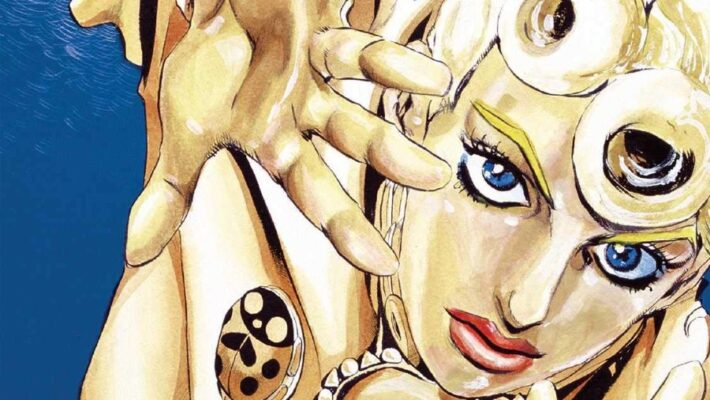 JoJo’s Bizarre Adventure is the sort of series where the characters, their motivations, their Stand abilities, and the conflicts that arise from all of them coming together make for compelling storylines. The JoJo’s Bizarre Adventure Part 5: Golden Wind manga, with new hero Giorno Giovanna as the latest “JoJo,” is no exception. And with the first volume, we get to see how effective Hirohiko Araki is at quickly getting people invested in a character and story. 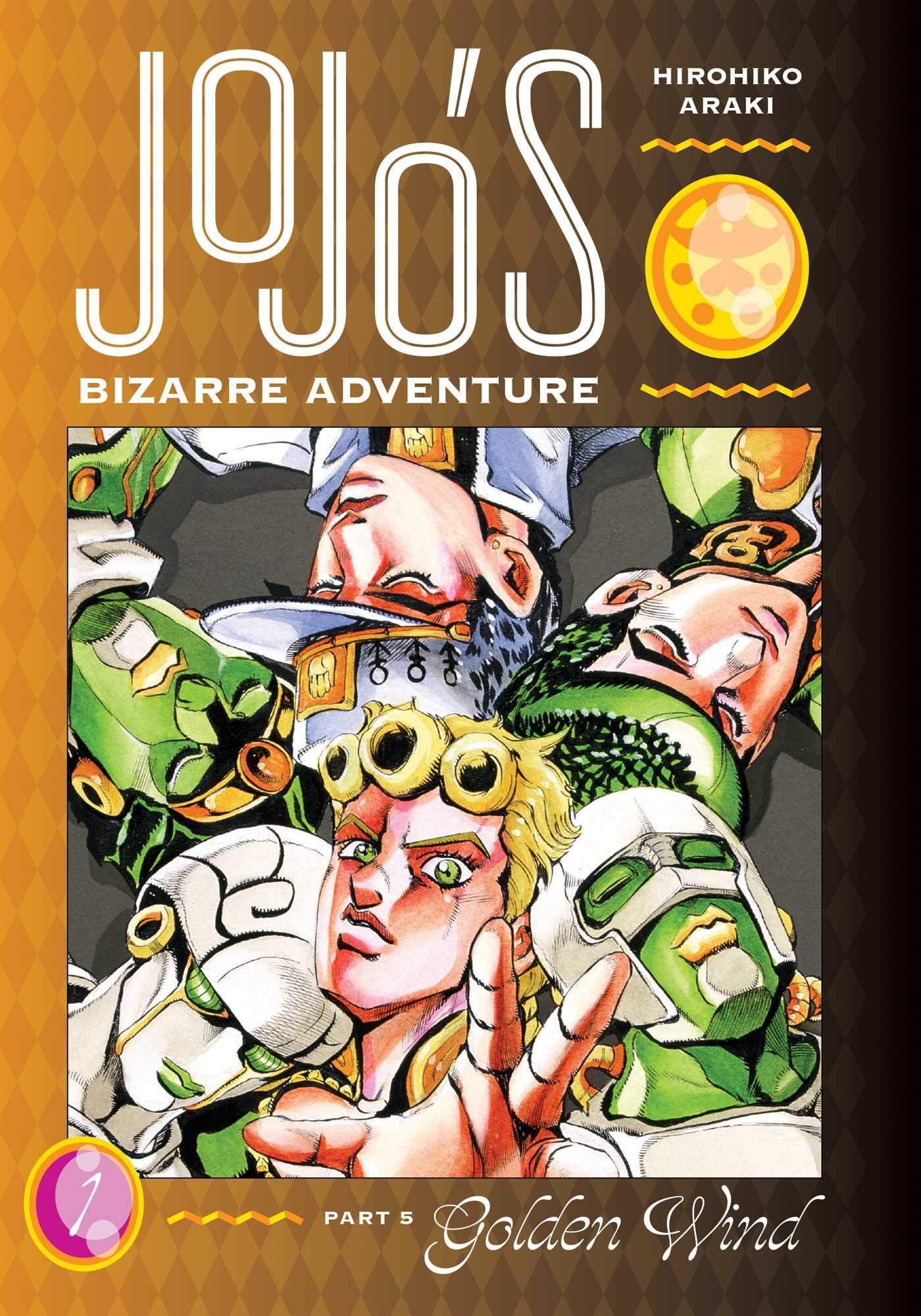 The first thing JoJo’s Bizarre Adventure Part 5: Golden Wind manga does to get us interested in Giorno is show that Jotaro Kujo himself is investigating him. To know that the new protagonist, who we know nothing about, is worthy of his attention and interest makes him more interesting. Especially since another familiar face, Koichi Hirose, is tasked with finding the teenager. This offers a connection to something familiar, while still giving Giorno and his story space to stand on their own.

It also helps that the rest of his introduction is quite memorable. As Koichi points out, “Stand users are drawn to one another.” So we see this wannabe mafioso pulling a small-time crime—theft—which in turn leads to him encountering one Stand user after another. And while yes, fights happen, they don’t always go the way you expect. Shortly after meeting Koichi, an encounter with an actual criminal shows a Giorno where he personally didn’t touch his opponent. And after meeting Bruno Bucciarati and engaging in an actual fight with both people using their Stands, it leads to a potential alliance and means of achieving his dream.

Everything about Giorno in JoJo’s Bizarre Adventure Part 5: Golden Wind makes you want to root for him. He had a rough childhood and could have become a villain, but instead wants to pursue a villainous position to help others. Though he’s young, he’s aware and intelligent enough to show good judgment and smart tactics during a fight. But also while his intentions aren’t bad, he’s absolutely fine with stealing and criminal activities. To quote Koichi again, “He’s refreshing.” It makes you want to learn more about him.

It also helps that the presentation is handled quite well. As is common with Viz Media’s JoJo’s Bizarre Adventure manga releases, the physical copies of Golden Wind are hardcover releases with some pages that offer a burst of color for added emphasis. In the case of the first volume, the first portion of the initial chapter where Koichi arrives and meets Giorno and the beginning of the third chapter when Giorno and Bruno begin to fight both have that effect. It really highlights the importance of the moment and impact it has on the rest of both that chapter and the story as a whole.

The result is that the first volume of the JoJo’s Bizarre Adventure Part 5: Golden Wind manga absolutely hooks the reader. The narrative decisions make us immediately see that Giorno is deserving of our attention, then backs that up with looks at his past and insights into the person he is now to emphasize why he’s compelling. We’re introduced to his dream and see him take his first steps toward it. And, by the time the first volume is done, we want to see if Giorno can pursue his passion with Passione.