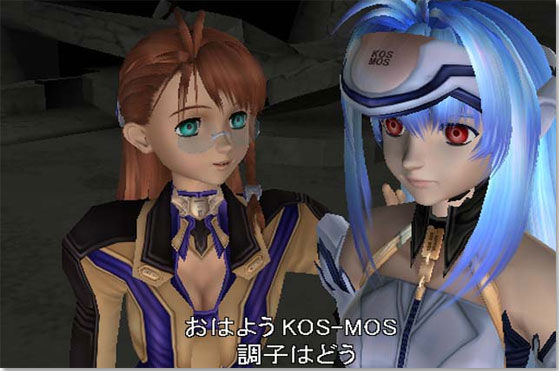 This past week, Siliconera had a chance to speak with famed RPG writer-cum-artist, Soraya Saga, about her work practices and her opinion on the state of the genre. Saga-san is a rare breed of RPG writer, unafraid to tackle stories of an immense scale, and is responsible for writing two of the most revered role-playing games to be developed in her country of origin: Xenosaga and Final Fantasy VI.

When asked what she thought about the current state of RPGs, she replied, “With the technological advances, RPGs have remarkably become beautiful and dramatic, but we learnt from our own experience that games shouldn’t be something just to watch. It’s not that games don’t need good stories, it’s that we developers should think first of what gamers are looking forward [to]. Now we’re trying to get back to basics, to provide sheer enjoyment of games again.”

While you might think it’s a little surprising to hear one of the most talented writers in the industry suggest that, perhaps, developers need to focus more on making games enjoyable rather than cinematic or dramatic, it shows a certain understanding of the bigger picture, which so many other developers lack — after all, there’s nothing that prevents games from being both fun and insightful. Saga-san’s last known project, for example, is Soma Bringer, which is an immensely fun action-RPG but is no slouch when it comes to character development either.

So, RPG developers need to go back to the basics in order to understand what made the genre appealing in the first place. The irony here is, if one were to explore just what this quality was, the answer is “storytelling” — which brings us right back to square one. Sure, catchy battle themes and summons were all part of the fun, but let’s face it; Japanese RPGs were highly-regarded because they aspired to make you care about the characters you played as.

Here’s the problem. Back in the ‘90s, the few games that really invested you in their characters came from Japan. It was far easier for each of these games to stand out on its own because the genre was still developing, and minor tweaks or improvements made a much larger difference than they do now. In 2010, several games make you feel connected to your “party,” and they do it better than most Japanese games, which is somewhat painful to admit. 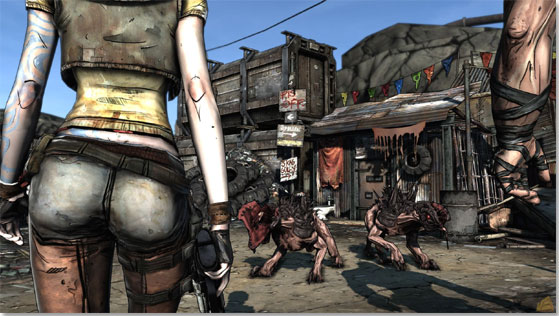 Driving the nail in further is the fact that western games have both “role-playing games” and “games with role-playing elements,” both of which are mutually beneficial in that there’s an exchange of ideas that facilitates experimentation and, eventually, better games. For instance, western developers have the luxury of experimenting with role-playing elements in first-person shooters and sports games, both of which are incredibly mainstream genres. They also have a wider variety of financially-viable genres in general -– even the so-called “niche” ones such as realtime strategy have the financial backing of major publishers such as Electronic Arts and Activision.

Japanese developers, however, have no such luxury. In Japan, role-playing games represent a large majority of new releases. Even numerous games that we would never consider RPGs tend to be lumped into the genre. The genre of role-playing games as a whole is then further divided into sub-genres represented by individual series such as Final Fantasy, Tales and Monster Hunter, based on their playing style. The problem is, RPGs aren’t as mainstream as they once were. This means that, there exists a point beyond which the audience for these games will never expand because those uninterested in playing RPGs will ignore anything tagged with that label.

The good news is, Japanese developers are starting to branch out into overseas territories in an effort to cater to everyone, as opposed to their limited local audience. With globalization on everyone’s mind, perhaps this is what Saga-san’s point was: that, instead of necessarily going back to the very basics — because, really, JRPGs have never strayed too far from their roots — developers need to find a way to make games stand out on their own merits once again, instead of categorizing them into genres. That, perhaps, the genre as a whole must change and evolve in order to be more widely appealing.

After all, no one had any idea what “tactical espionage action” was when Metal Gear Solid released. Neither did anyone care. And nor did MGS need to be an RPG to tell a good story. It cultivated a fanbase for itself on its own merits. It was a fun game with a healthy blend of ideas and that’s all that mattered.