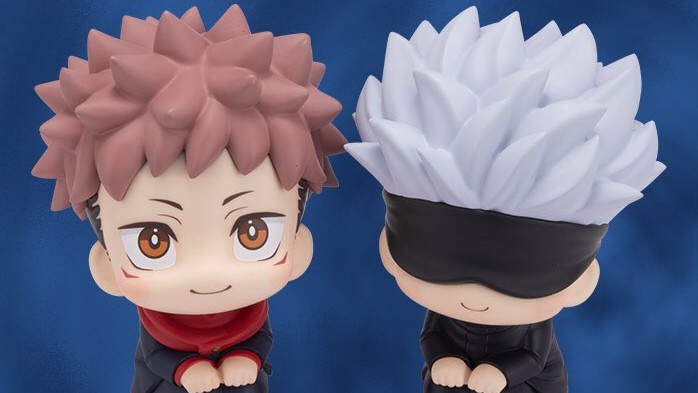 MegaHouse revealed more MegaHobby Special Week 2021 Winter. This time, the focus was on Jujutsu Kaisen figures in its Lookup and Petitrama lines. A total of four were revealed for each line. They represent major characters in the series, like its star Yuji Itadori.

The four Jujutsu Kaisen Petitrama figures shown are all already painted prototypes and will appear first. Their page confirms they’ll appear in June 2021. Each one will be ¥990 ($9) and almost four inches tall. There are two Yuji figures, one of Megumi Fushiguro, and one of Satoru Gojo. 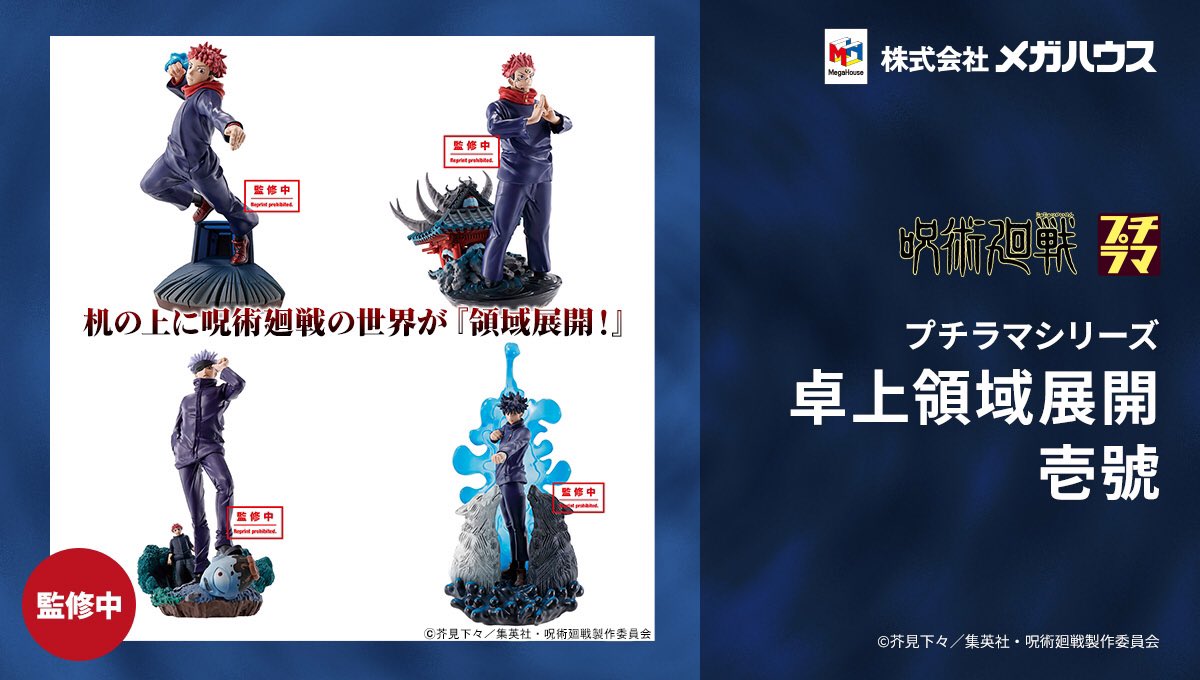 As for the Jujutsu Kaisen Lookup figures, there are two painted and two unpainted prototypes. The painted ones are of Yuji and Satoru. Both will be out in August 2021. Yuji will be ¥3,498 (~$32). Satoru will be ¥4,620 (~$42), due to the fact that he comes with an additional head that doesn’t have his eyes covered. Each one will be over four inches tall. 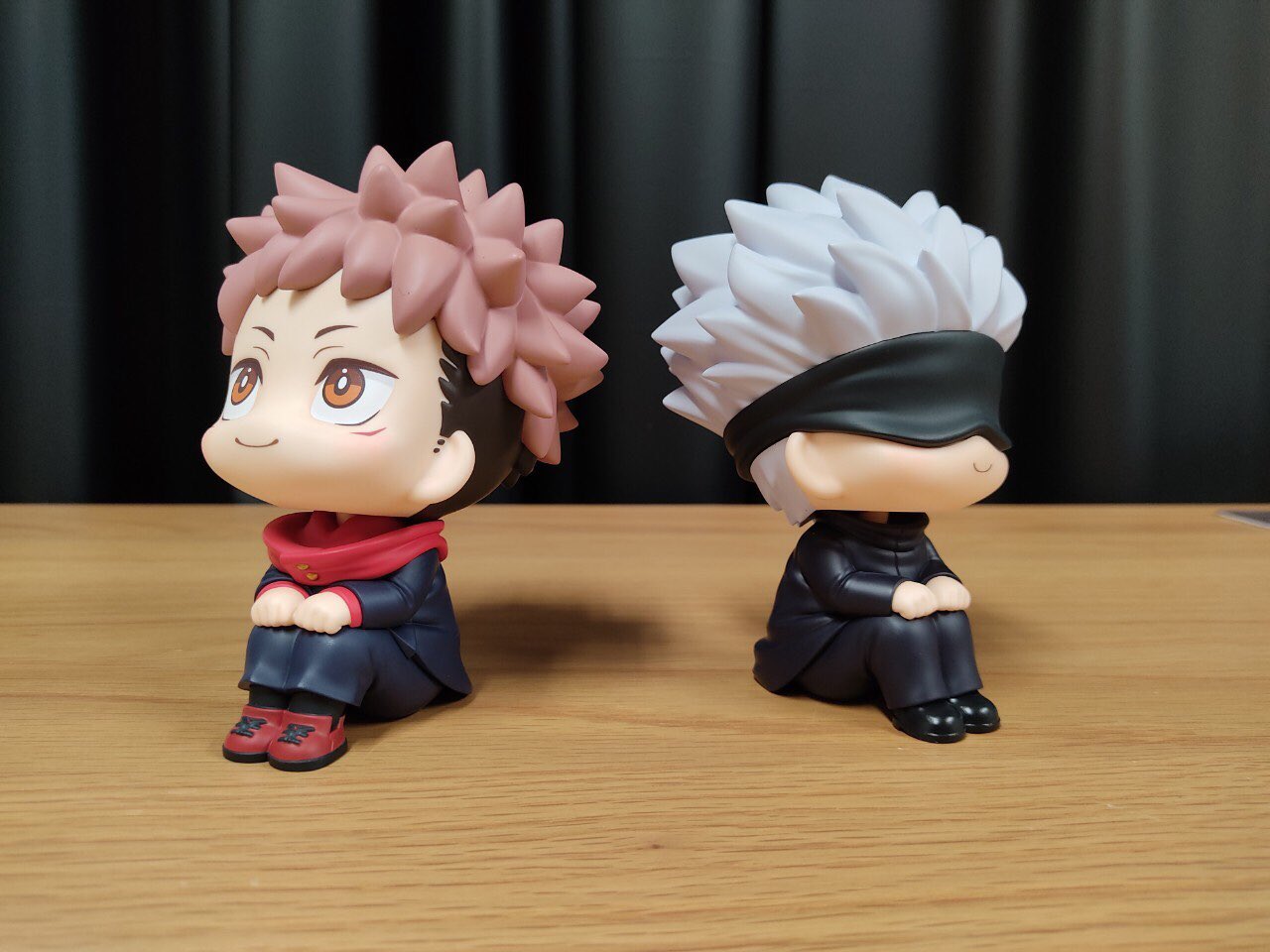 The unpainted Jujutsu Kaisen Lookup figures’ prototypes are of Megumi and Nobara Kugisaki. Neither one has a release date yet, but both will cost ¥3,498 (~$32). They’ll also each be over four inches tall as well. 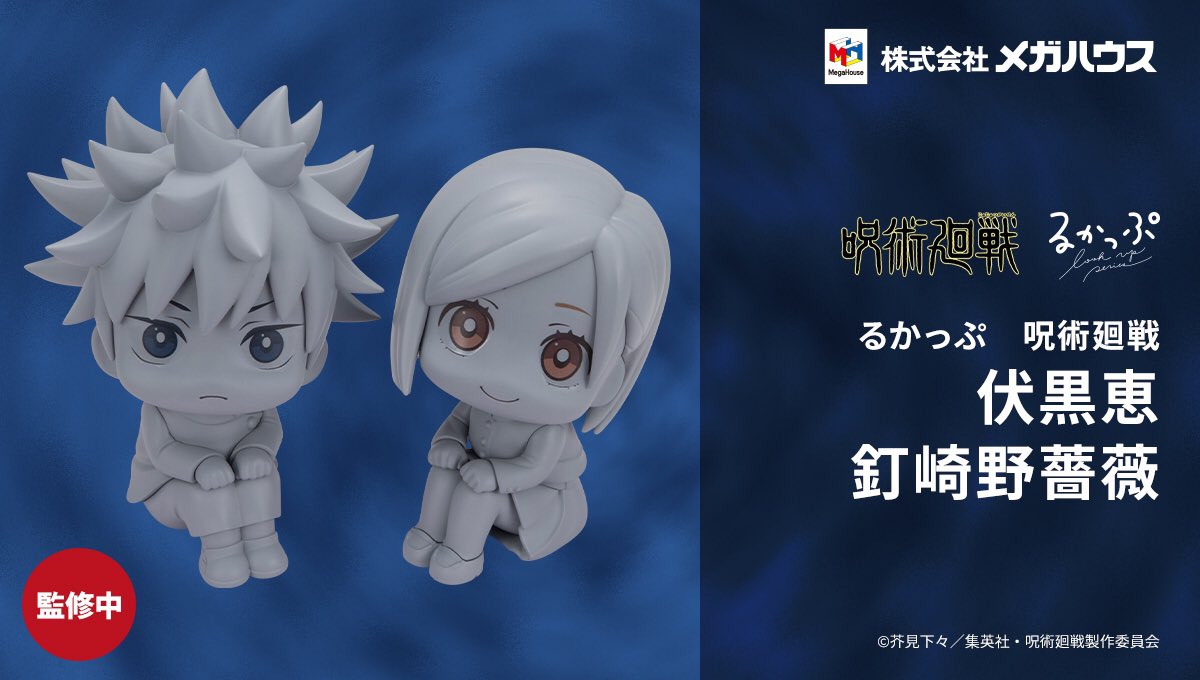 We are now developing figure with #Jyujyutsukaisen !

Face can be replaced with his real face…

Another company teased its upcoming Jujutsu Kaisen figures recently too. Kotobukiya announced three ARTFX ones. People will be able to get Megumi, Nobara, or Satoru.

The Jujutsu Kaisen anime is available to watch outside Japan via Crunchyroll. Viz Media will release the ninth volume of the manga in English on April 6, 2021.