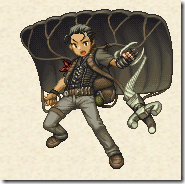 Square Enix is bringing their sandbox-style action game Just Cause 2 to Japan next week. How are they promoting it? With the Extreme Edges label and a cutesy avatar in their mobile phone MMO, Ellark.

For a limited time, players can get virtual items to dress their character like Rico Rodriguez, the protagonist from Just Cause 2. While Ellark is an all-ages game, Just Cause 2 is CERO D, the equivalent of a M-rated game in Japan. 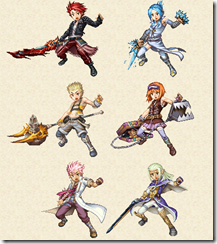