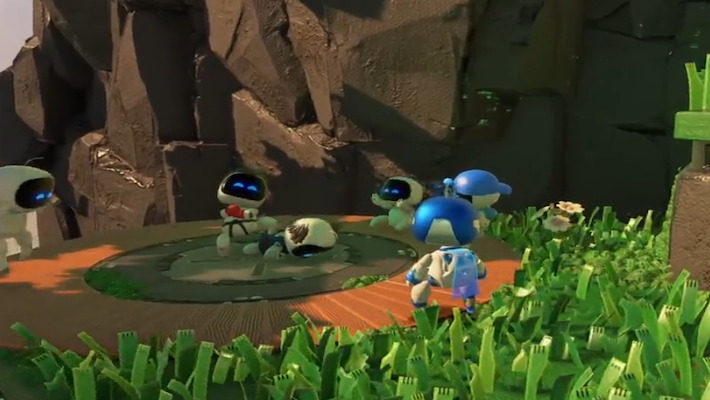 Players have discovered a Tekken reference tucked away in the world of the new PlayStation 5 title, Astro’s Playroom. Katsuhiro Harada, who has worked on the Tekken franchise for the last 26 years, retweeted a video of the reference. In the tweet, he mentions that he was a supervisor for the Astro’s Playroom cameo.

The reference itself depicts two small robots fighting one another. Atop their robot heads are the iconic hairdos of Kazuya and Heihachi from Tekken fame. They even execute moves that should be reminiscent of those characters to fans of the franchise. The entire encounter is being filmed by a robot in a blue hat. Astro’s Playrom contains multiple robot cameramen like this, and they are frequently paired with references to games like Knack, Beyond: Two Souls, Spyro, and Ridge Racer. There’s even a reference to Flower thrown in there.

Astro’s Playroom is available now on the PlayStation 5.