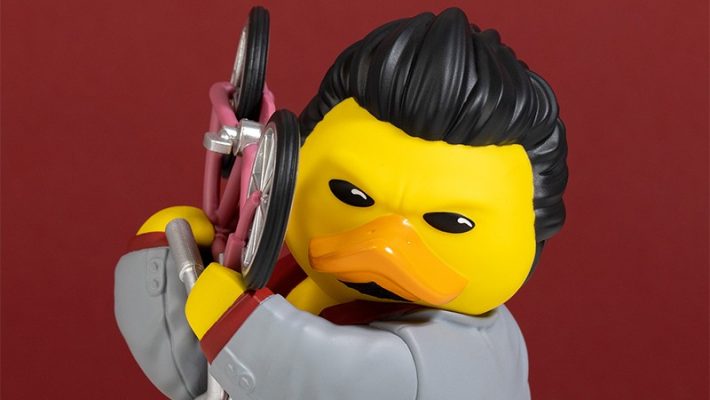 Wonder waddle the Numskull Tubbz duck versions of Kazuma Kiryu and Ryo Hazuki look like? The company revealed looks at the latest Sega characters in its line of cosplaying rubber ducks. Jet Set Radio, Shenmue, and Yakuza are all represented this time around by Beat, Ryo, and Kazuma. Each one is expected to ship in July 2021.

The Beat, Kazuma, and Ryo Tubbz ducks are birds of a feather. Each one arrives in a package that includes a bathtub with their respective game’s logo on it. Each one is also about 3.5” tall. They’re made of PVC. However, while they look like the traditional rubber duck bath toy, they do not actually float in water.

Here’s a closer look at Beat both in and out of his box. He comes equipped with a can of spray paint. 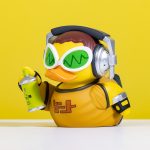 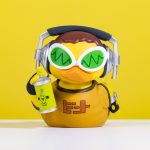 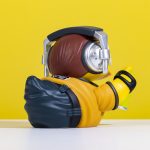 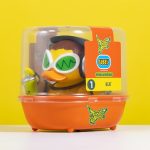 This is Ryo. He’s wearing his traditional jacket and looks ready for a fight. 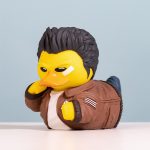 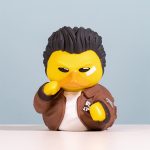 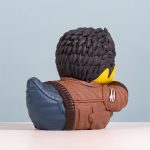 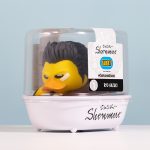 Finally, here’s the Kazuma Kiryu Tubbz duck. He’s wearing his suit from the original Yakuza game and has a bike he can use to beat up some enemies. 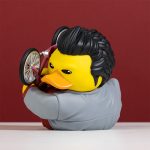 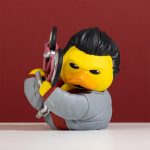 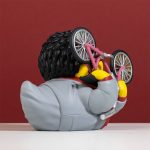 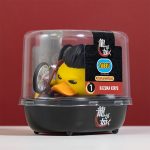