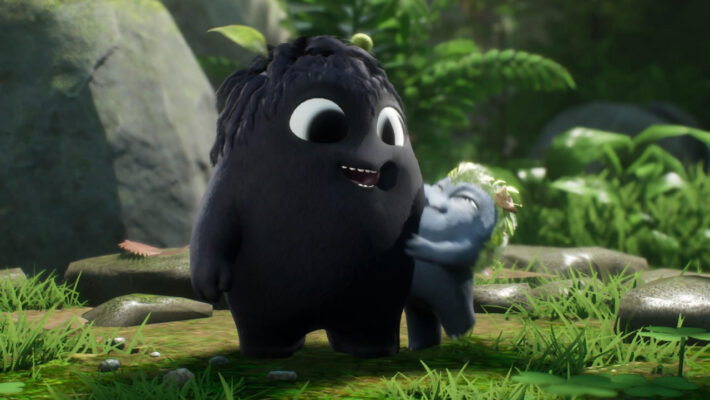 Kena: Bridge of Spirits is an odd one. In some ways, it’s a newcomer-friendly adventure. In others, it shirks genre conventions completely. It’s an action game, but sometimes it feels like a point-and-click adventure. It doesn’t have a lot of controls, but you feel the weight of them as you complete tasks. It strives for next-level storytelling, but it does so through gameplay conventions that decidedly feel like those of decades past.

In Kena: Bridge of Spirits, you play as a spirit guide, fighting hostile entities so they can move on and generally clearing the land of corruption. You do so, generally, in two distinct modes! Combat is handled largely with shoulder buttons, combining light and heavy attacks with a few modifiers that you can unlock from a skill tree as you go. Exploration is slow-paced, with some platforming here and there but little to worry about. The two don’t tend to cross; either you’re in a battle area or you’re moving around. 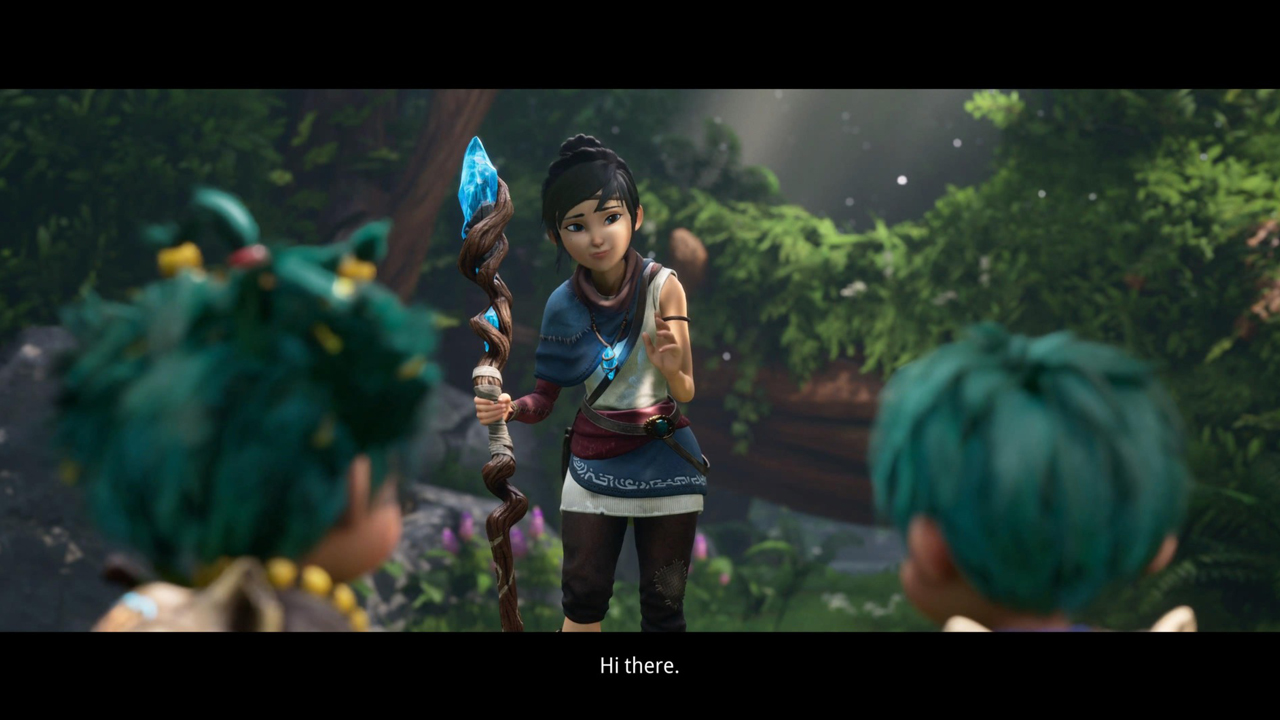 It’s easiest to understand Kena in the context of who made it. Developer Ember Lab is primarily an animation house. Does the game have distinct, adorable characters that emote really well? Certainly. Are environments geared toward atmosphere in a way most games aren’t? Yeah, and it’s nice, though occasionally you’ll get a bit lost navigating them and know why it’s uncommon. There are sort of arbitrary walls blocking off progress until you’re ready, in the sort of way you’d expect from platformers of the late ‘90s and early ‘00s. The voice acting is fine, in its way. Actors may have been cast for tone over game experience, as delivery is a bit disjointed, but the people in the world feel more real and grounded.

But Kena is definitely a story first and a game second, and you feel that as you play. Empathy and scene-setting take priority. Sometimes it seems like the game was all set, and then someone at Ember Lab thought “oops, there’s not really enough gameplay in here” and spawned a few enemy encounters about. These fights are all about getting the first hit. Kena has paper-thin health, but battle combos reliably stun enemies and keep them at bay. 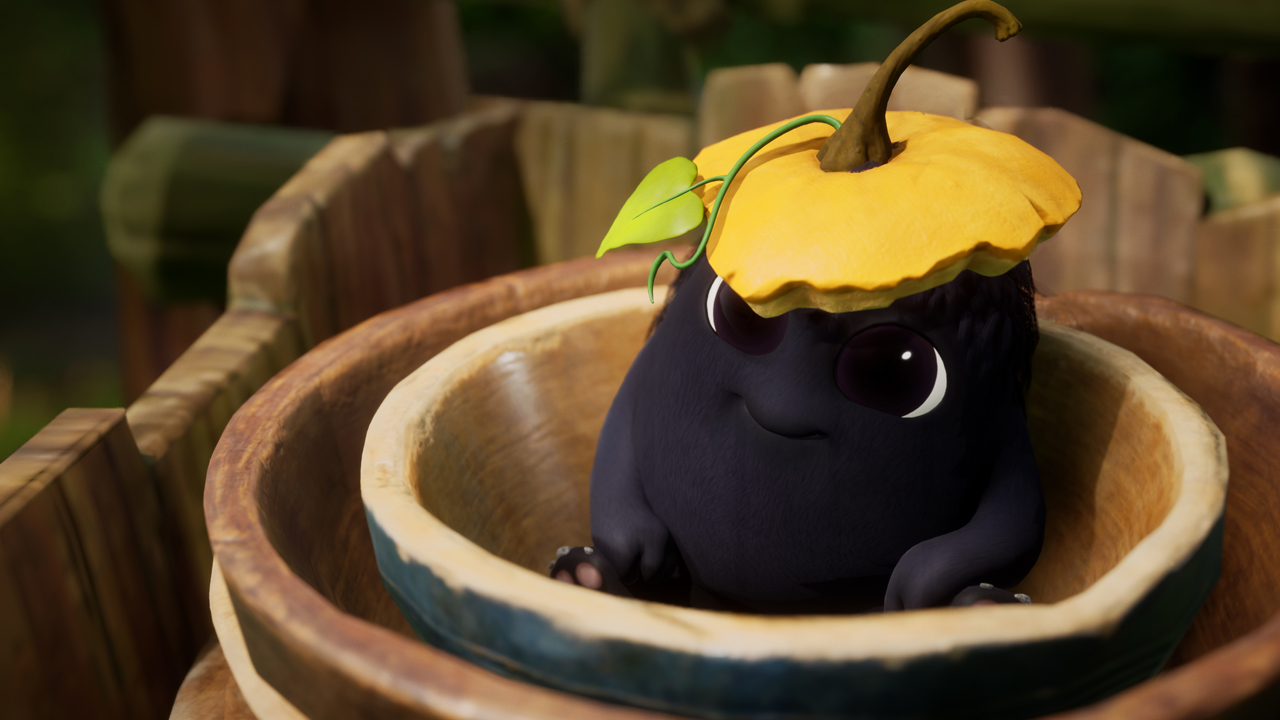 Even well down the skill tree, Kena is very much traditional. There’s not so much a gameplay flow, or really a guiding ethos. It’s as if a studio that hadn’t made games before went down a checklist of things games are supposed to have, rather than starting with a vision for game feel. Outside of combat, you often have to hit one specific action button and then another specific action button to activate objects in the world. It feels inefficient to have to do both each time, especially since there’s no real skill or timing involved.

And that storytelling? It’s not seamless. Ember Lab seemingly wanted a very specific thing from its scenes, and you’ll fade to black and cut to other angles to make their vision happen. In this way, it feels like a PS2-era game. “Pause the game. Now it’s time for the movie part!” The game presents these scenes, intentionally, at 30 frames per second. Like movies, sort of? Or at least closer. The PS5 build of the game that we played defaults to Performance Mode and shows gameplay segments at 60. Swapping to the 30-locked Fidelity Mode might have some merit to avoid this back-and-forth of presentation styles. We found it less jarring.

There’s a flip side to this approach, though! It’s fun to just wander about the world. The cute Rot creatures pose in preset places as you move around, and you can collect accessories to put on ‘em. There’s a Photo Mode to capture all of this likely-exhausting development work. The game looks nice, especially on PS5, but this isn’t a big-budget effort. You’ll see the seams in ways you don’t in Rift Apart or Astro’s Playroom. Setting the proper expectations is key to enjoyment here. 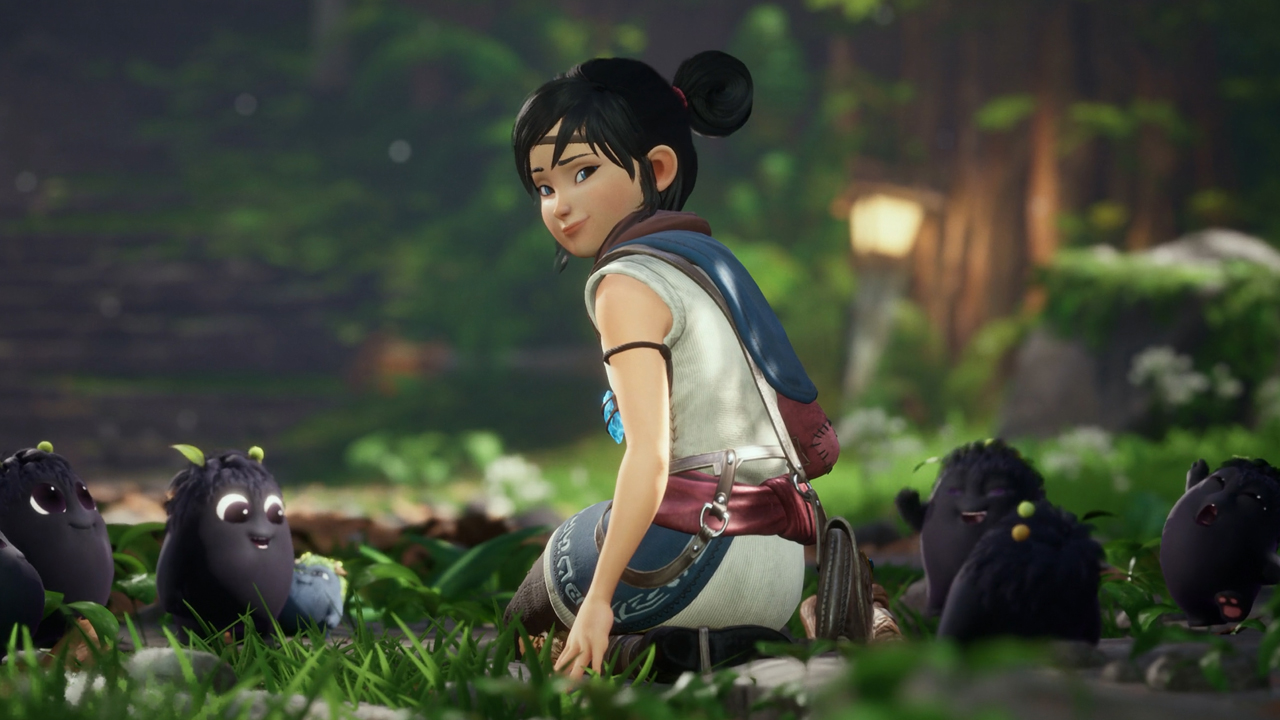