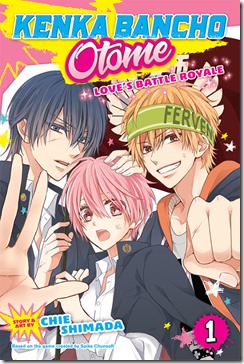 The Kenka Bancho Otome game may not be available outside of Japan, but the manga now is. Viz Media has released the first volume of the manga in English. It is now available both digitally and physically.

Kenka Bancho Otome stars a young woman named Hinako Nakayama. She is an orphan who suddenly discovers that she has a twin brother, Hikaru, and is actually a part of the Onigashima yakuza family. Hikaru pleads with her to attend Shishiku Academy, an all-boy’s high school for delinquents, in his place as it is a family obligation for its heir to attend. She ends up agreeing, which leads to her meeting possible love interests.

As a reminder, the Kenka Bancho Otome game won Spike Chunsoft’s informal Twitter poll in 2016, where the company’s English branch asked which game people would most want to see ported to PCs. It earned 38% of the vote, with 428 coming in second, Shiren the Wanderer third and Kamaitachi no Yoru (Banshee’s Last Cry) in last place. When Siliconera interviewed Mitsutoshi Sakurai, Spike Chunsoft’s CEO, at GDC 2018, and asked what other visual novels he would like to localize, he said, “Aksys published otome games and I’m assessing how they and Idea Factory are doing when publishing those titles because we have Kenka Bancho Otome. If it seems like it would do well, it would be interesting to do that as well.” 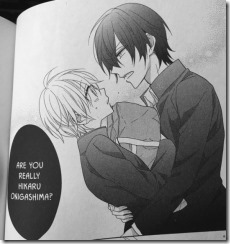 Kenka Bancho Otome is available on the PlayStation Vita in Japan.