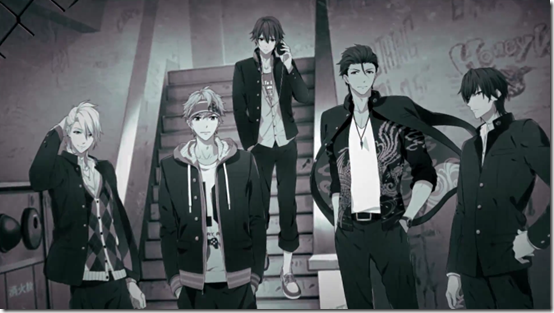 Spike Chunsoft released the latest video for Kenka Bancho Otome, with a look at the game’s opening movie, where we get to see several of the game’s main and key characters.

Instead of an open-world beat ‘em up you get from the regular Kenka Bancho games, Kenka Bancho Otome is a visual novel with a female protagonist named Hinako, an orphaned girl who learns she’s secretly a daughter of the Onigashima yakuza family.

While dating thugs will be one of the main highlights of the game, it’ll still have plenty of familiar features from the series, such as the Menchi Beam stare-downs, where the heroine must choose the proper insults while locking eyes with an opponent.

There will also be fighting segments, where you’ll need to play through them in rhythm game fashion by timely pressing icons that appear on the screen to win the fight.

Kenka Bancho Otome will release in Japan on May 19, 2016 for PlayStation Vita.