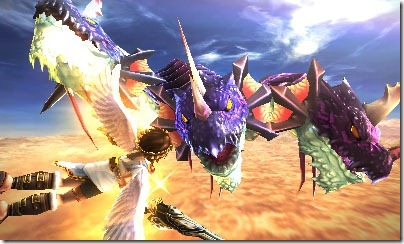 Nintendo Everything have gotten their hands on the latest issue of Nintendo Power magazine, which contains an 8-page feature on Kid Icarus: Uprising. A bullet-list summary of the article brings to light several features and details we didn’t know of up until now. Here are a few of the highlights:

As previously reported, weapons in Kid Icarus: Uprising are bought using Hearts. You can earn hearts by gambling with the game’s difficulty system. Click over to Nintendo Everything for more information from the Nintendo Power preview, including details on individual weapons.