When it was released in 2005, King of Fighters Maximum Impact was something of a surprise. It was SNK’s first 3D fighting game since their obscure Hyper Neo Geo 64 titles, and nobody really expected anything good. In spite of all of the odds against it, Maximum Impact felt like an excellent example of a 2D game brought into 3D. Some gamers, who were more accustomed to Tekken and Virtua Fighter, found it too limited, while other purists couldn’t stand the fast, button-mashing action. Still, Maximum Impact found a sizable audience, enough to warrant a sequel. 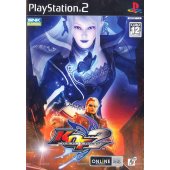 From a gameplay standpoint, not much has changed in Maximum Impact 2. The gameplay is still blazing fast (perhaps a little too fast), and it’s still too easy to pull off lots of cheesy wall juggles attacks or other combos by wailing on random buttons. Still, it feels a lot tighter than most 3D fighters, and it’s an easy pick up and play game for KoF newbies.

Although there’s a three-on-three option, the primary Story mode just focuses on one character through seven stages. As usual, there are some nonsensical cutscenes before and after certain fights, and each character has their own unique ending. There are a few more character-specific cinemas that happen when certain fighters face-off, which is an SNK hallmark. There’s also an extremely long prerendered intro showing various characters brawling, as well as a gorgeous credits sequence. The music is once again composed by Toshikazu Tanaka, who was also behind Metal Slug 5, Rage of the Dragons and Matrimelee. It consists of the same upbeat rock/electronic tracks of the original, minus a lot of the silly rapping.

There are lots of other little improvements over the first game too. The character models, especially their faces, have improved drastically. You can now execute super cancels, which allow you to jump straight from certain special moves into super attacks. There’s a new parry move, in addition to the defensive rolls and sidesteps of the previous games, but otherwise all of the action still takes place on the 2D plane. Some of the combo damage has been drastically scaled back, so certain attacks feel less cheap. The final boss – a guy with stretchy names named Jivatma – isn’t nearly as tough as most SNK bosses, which reduces a lot of frustration in the single player mode. Overall, these issues are fairly small, but Maximum Impact 2 does come off as more polished.

There’s also a lot more to play around with and discover in the single player mode. Even SNK admitted that one of the biggest problems with the original Maximum Impact was its lack of features. King of Fighters is known for its huge roster of characters – most have at least thirty characters in a given game – so the selection seemed rather limited. Additionally, the cast only seemed like a snapshot of SNK’s huge array of personalities, and many of them felt missing. SNK has fixed much of this by expanding the roster to a total of 38 fighters. From the onset, a few new favorites have returned, like stick-wielding pyromaniac Billy Kane, and icy cold teenager Kula Diamond. However, there are tons of unlockable characters to be found, including Kim Kaphwan, Richard Meyer (from the original Fatal Fury), Fio (from Metal Slug), B. Jenet (from Mark of the Wolves), and, oddly enough, Hattori Hanzo (from Samurai Shodown.) Some these are just variations on existing characters (like the Mark of the Wolves version of Terry or the classic version of Kyo), but the selection feels much more fleshed out. Still, it the roster feels a bit empty without stalwart characters like Joe or Andy.

There are also a few new characters, such as the goth magician Luisie Meyrink and fangirl Nagase. These characters, along with all of the radical redesigns from the existing ones, are all courtesy of fan favorite artist Falcoon, who’s now taken over as producer of the franchise. Some of his interpretations are a bit radical (and others are a bit stupid, like Hanzo in a fly costume), and some of his new characters still feel out of place along side old timers like Kyo and Iori. Still, he’s pumped the game full of fan service, mostly in the alternate colors for each character model. These aren’t just palette swaps, but nearly complete redesigns of their costumes. Ralf can be made up to look like Marco from Metal Slug, Mai cosplays as Cham Cham from Samurai Shodown, Kyo dresses as Yuki from Neo Geo Battle Coliseum, Chae Lim puts on May Lee’s cute frog shirt and gigantic glasses, and Geese dresses up as a variety of classic SNK bosses like Krauser, Goenitz and Mukai. The Neo Geo Land stage offers music from over 35 old SNK arcade games, ranging from Fatal Fury to King of Fighters to Twinkle Star Sprites. The only problem is that unlocking some of these require playing through the brutal Mission and Survival modes, which requires infinite amounts of skill and patience.

The first print of Maximum Impact 2 also comes with an extra DVD entitled “King of Fighters: Another Day”. This is the promotional anime by Production IG that consist of four five minute shorts. It’s shallow, goofy fun, but it’s cool to see some of the new characters drawn in a 2D artstyle.

All of the menus are English, but all of the cutscenes are in Japanese without any English subtitles. However, the King of Fighters: Another Day DVD has an option for both English voices and subtitles.

Maximum Impact 2 is due out this August under the title “King of Fighters 2006".

+ Pros: Improved graphics, more characters and what you loved from King of Fighters: Maximum Impact.

– Cons: Unlocking costumes can be tedious and the game lets people pull of complex moves rather easily.

Overall: Hardcore fighting game fans may still find Maximum Impact 2 to be too over-the-top to be worth their consideration, but more casual fans will definitely enjoy the fast paced action and easy controls. It’s also highly recommendable just for the extreme amount of SNK fan service.