The Kingdom Hearts III DLC release date has slipped out. The ReMIND add-on will come to the PlayStation 4 first on January 23, 2020. Then, on February 25, 2020, it will appear on the Xbox One. When it does, a new trailer has confirmed it will mark the return of Final Fantasy characters to the franchise. [Thanks, Wario64!]

The official Kingdom Hearts III Final Fantasy character trailer was pulled, but mirrors have appeared online. It starts in Hollow Bastion, with Aerith, Squall (who is known as Leon in this series), and Yuffie talking with Riku. They wonder where Sora is. That’s when we see Sora. In addition to the Final Fantasy characters, there are lots of spoilers for Kingdom Hearts III and gameplay scenes showing Sora, Riku, Aqua, and Roxas in battle. 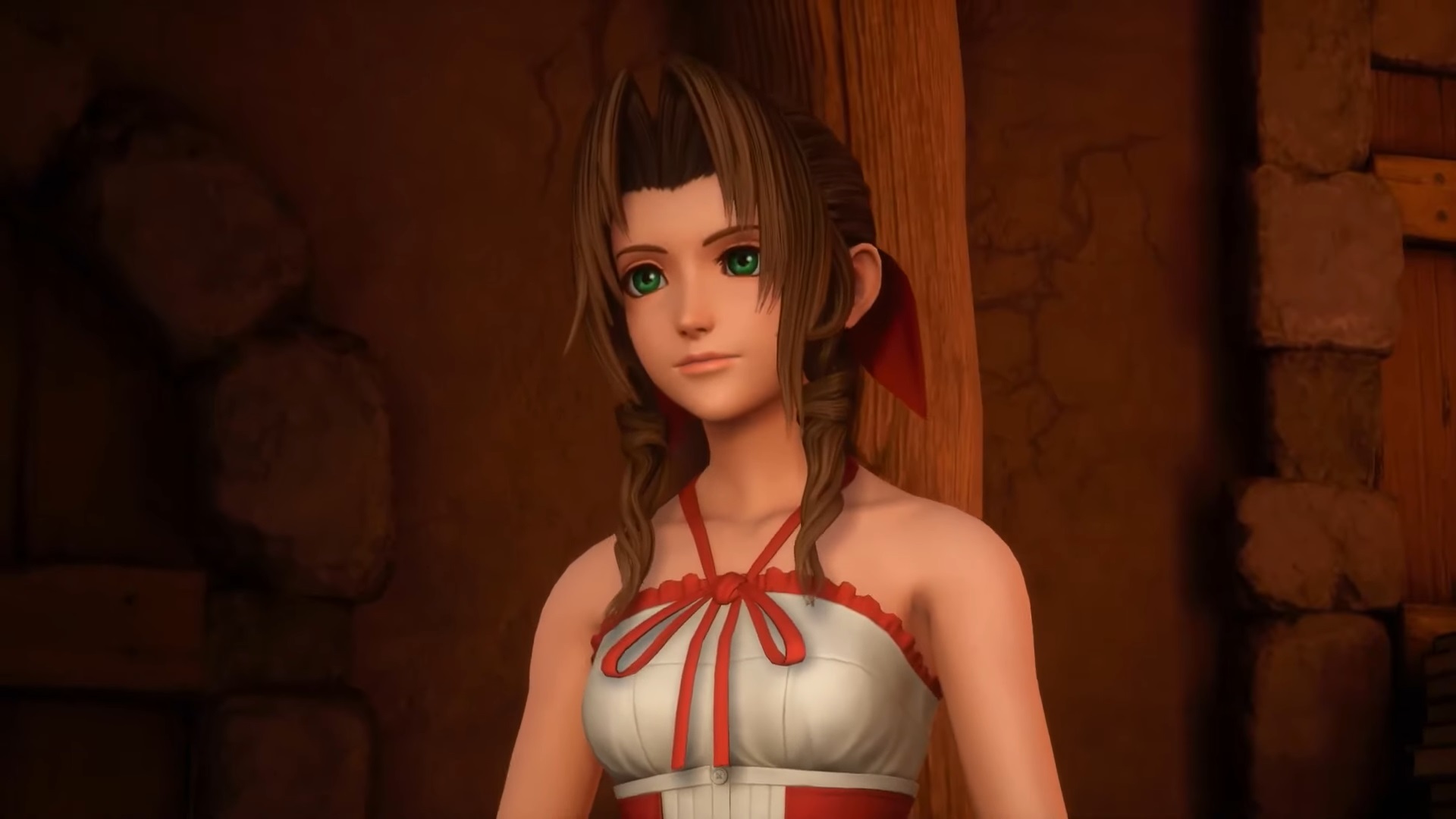 And here are Squall and Yuffie. 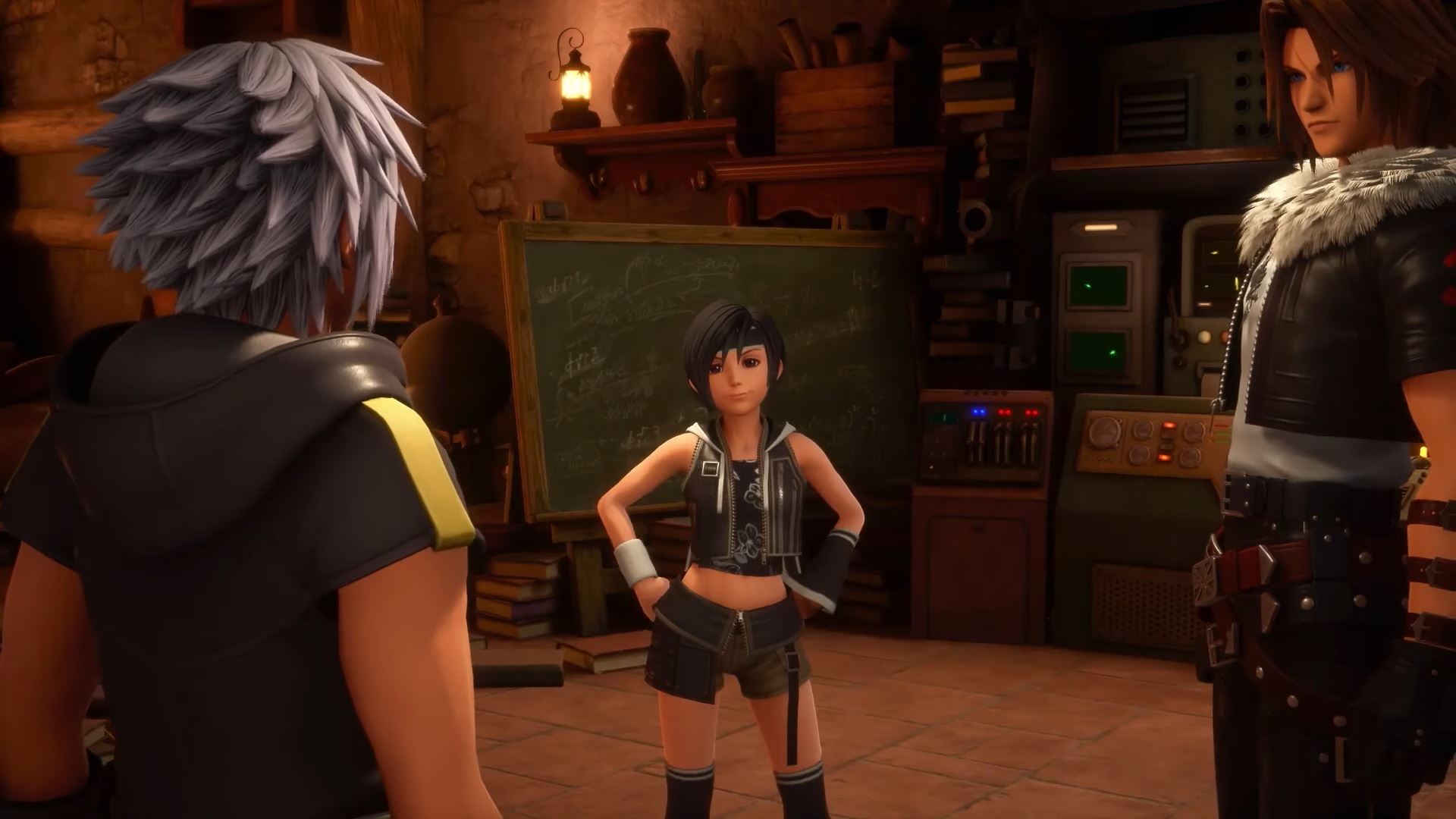