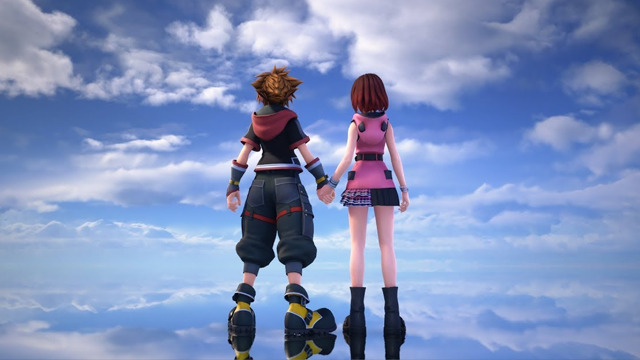 The Kingdom Hearts series so far has arrived on PC, bringing with it more than a handful of games (and games converted to cinematics) for players to enjoy. With Kingdom Hearts 1.5 + 2.5 ReMix, Kingdom Hearts 2.8 Final Chapter Prologue, Kingdom Hearts III + ReMind, and Kingdom Hearts: Melody of Memory, players can experience the entire story ranging from PlayStation 2 titles to the current generation of consoles. However, some of these games do come with some caveats when running on lower-end machines, specifically the most recent releases.

Naturally, the games that were released for PlayStation 2 and the PlayStation Portable perform better on laptops and are less intensive on lower-end PCs. The titles available in Kingdom Hearts 1.5 + 2.5 ReMix had barely any hiccups. Controller access is immediately available, which was great since keyboard and mouse controls aren’t very comfortable for me. The cutscenes played without any issue or any noticeable dip in framerate, and the game worked perfectly even when I eventually got to the 1,000 Heartless battle in Kingdom Hearts II. The same cannot be said for the massive Heartless fight in Kingdom Hearts III, however.

Kingdom Hearts: Melody of Memory functions well enough on a PC too, with users able to switch between controller and keyboard and mouse controls seamlessly. I even tested using both at the same time, which is totally viable if you’re into that kind of thing. However, keep in mind that if you are using a wireless controller, there is occasional input lag. Additionally, you are able to pick between Japanese or English audio tracks, which was great to see and is available throughout the other PC ports. I didn’t experience any issues with lag, even during segments that had me bombarded with note upon note when tackling songs on Proud difficulty. I was honestly surprised about this, especially since I’m running the game on a laptop and not a sturdier desktop PC. Either way, it was an enjoyable experience that wasn’t hampered by any glaring issues. 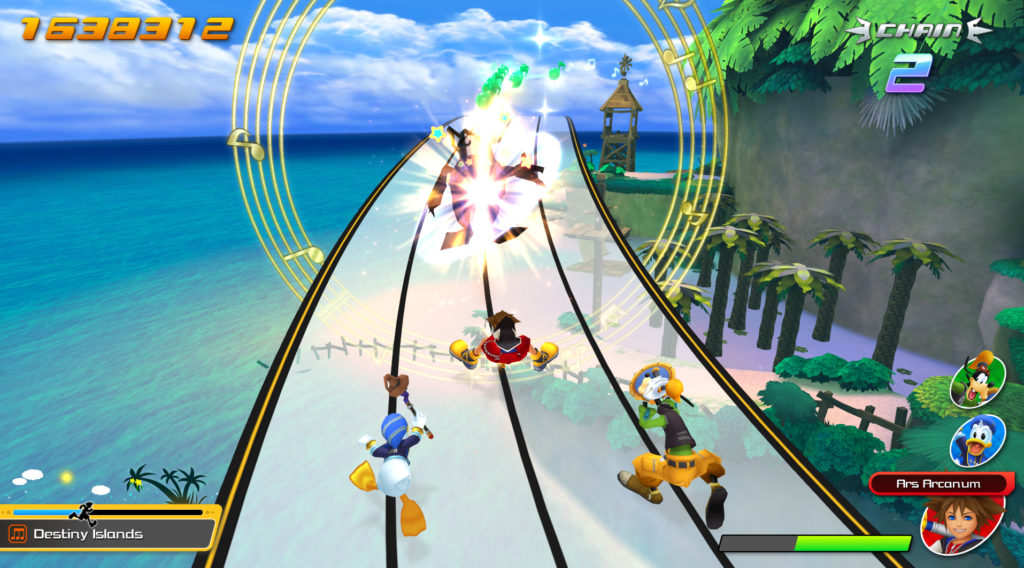 However, when I got to Kingdom Hearts 2.8 Final Chapter Prologue, specifically Aqua’s chapter, I noticed a bit of slowdown and lag. This is probably due to the way the areas and the effects are rendered. That being said, the games that relied on less complicated lighting and rendering tech worked perfectly fine.

The same could be said for Kingdom Hearts III, as I faced similar issues. Specifically, I experienced some slowdown in areas where there was an overabundance of red or fire effects, which I expected would happen. This is largely due to my machine, so I would advise those playing on lower-end machines to lower their settings for the game. Keyboard and mouse controls are manageable, but I still preferred using the controller. Just like Melody of Memory, users can select from a total of three different control schemes to accommodate keyboards from different regions.

Across the board, loading times were alright. I was running off of an SSD, which more than likely improved the times. They weren’t significantly long enough to warrant any complaints, but they could potentially be longer when running directly off of your hard drive or on a PC with low memory or at the bare minimum requirements.

Accessibility options come in the form of subtitles and difficulty options, and a few other selections with the exception of some titles. You cannot reassign keys or controller configurations for Kingdom Hearts: Melody of Memory, which could become an issue for some players. At most, you can adjust your screen size, but that is effectively where accessibility options begin and end. There are more accessibility features for the other titles, which do include full keyboard and gamepad customization, and that was great to see at the very least.

All in all, the Kingdom Hearts series PC ports are functional and work relatively well on gaming laptops and lower-end desktop PCs. They are a great introduction to the series and an even better way to dive into it head first. However, some titles lack important accessibility features that feel like an oversight on Square Enix’s part when it comes to PC ports. That being said, if you’re looking to play through the series for the first time, this is a great opportunity to do so. And for those who already love the Kingdom Hearts and purchased the titles previously, you’ll find a perfectly functional port that will you allow to reexperience these stories on a new platform.