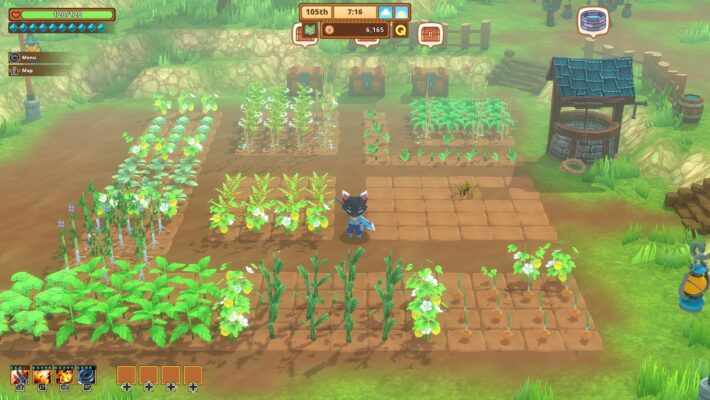 People will be able to play the next farming sim/action-RPG a little bit sooner. Twin Hearts and PQube announced a change to the Kitaria Fables release date. It used to be September 3, 2021. Now, the game will instead launch on September 2, 2021. Physical PS4, PS5, and Switch pre-orders are also open, and there’s a new trailer to watch.

Here’s the latest Kitaria Fables trailer. It focuses on how the game works. Players are a young cat who’s come to Paw Village. There, you’ll run a farm, take on quests for people, create items, and stand up for your new neighbors. For some reason, all of the creatures (and monsters) around town suddenly became aggressive. In addition to tending the land, you’ll need to use both might and magic to fight against foes and find out what’s going on.

As for the physical copies, there is a Funstock Limited Edition. That will include the game, a keychain, and six art cards of different characters.

The Kitaria Fables release date is now September 2, 2021. It will be available digitally and physically on the Nintendo Switch, PlayStation 4, and PlayStation 5. People will also be able to get it digitally on the Xbox One, Xbox Series X, and PC.