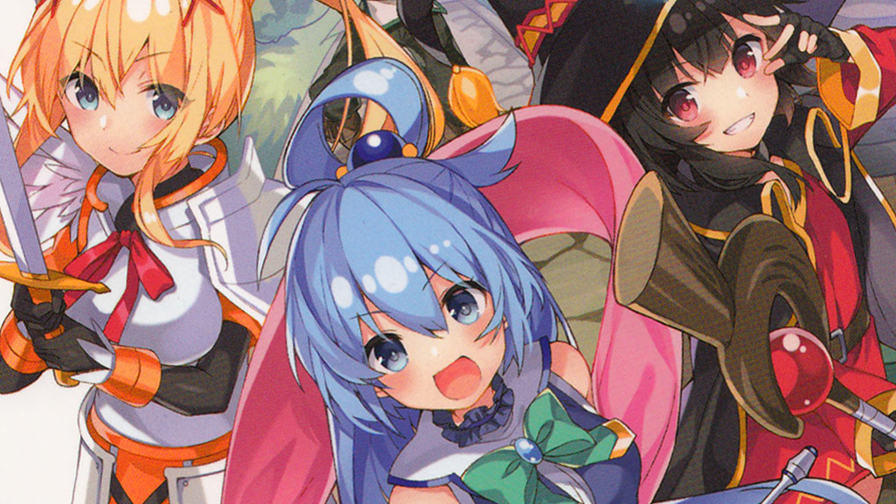 Yen Press announced on its official Twitter account that it will bring the TRPG rulebook for KonoSuba: God’s Blessing on This Wonderful World! to the West. The company provided a release window of October 2021. Yen Press has been publishing paperbacks of the KonoSuba series’ light novels and manga for English-speaking audiences since 2016.

The KonoSuba: God’s Blessing on This Wonderful World! TRPG, or tabletop role-playing game, lets groups of players go on adventures in the KonoSuba world. The game has classes, quests, exploration, and battles similar to other tabletop systems. The rulebook originally released in Japan back in March 2019, published by Kadokawa. Fans outside Japan have since worked to translate the game so it could be played in the West, but this Yen Press release will be the first time the tabletop game’s been officially available in English. 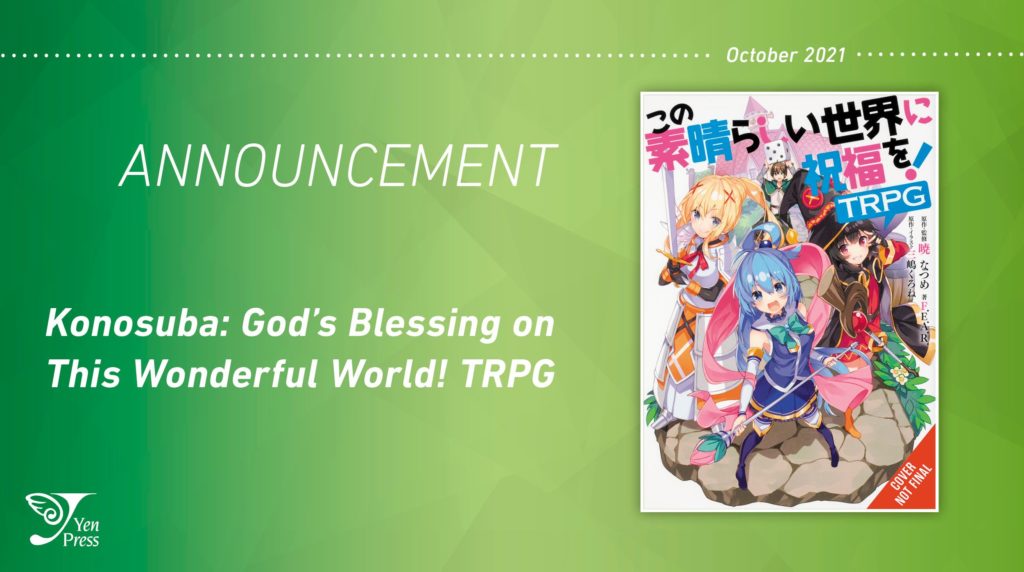 KonoSuba is a multimedia franchise based on a series of manga and light novels. Good Smile Company recently revealed seasonal Figma and Nendoroid figures of popular characters like Aqua. Additionally, the movie is available to stream on Crunchyroll in both subbed and dubbed versions. A free-to-play mobile game titled KonoSuba: Fantastic Days will also release globally sometime in 2021, published by Nexon.