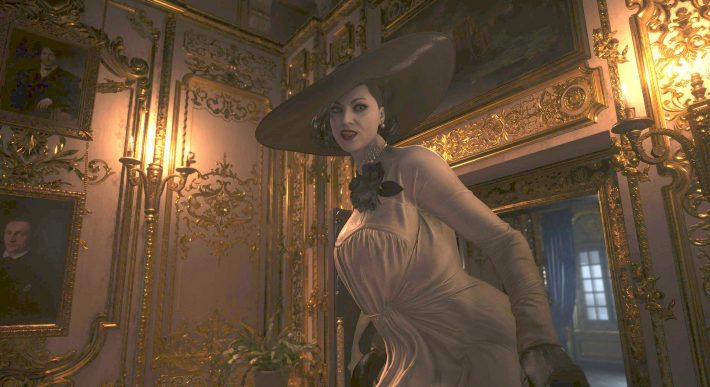 When it comes to casting for video games and some projects, there can be an air of secrecy. People might not realize what they’re doing until they are cast and performing. That’s what happened to the Lady Dimitrescue voice actress. As Vice learned in an interview, Maggie Robertson didn’t know she’d been cast in Resident Evil Village until she got to and finished the first table read for the game. [Thanks, Vice!]

When talking about her Resident Evil Village audition, Robertson described it as being akin to “a theater audition.” She also mentioned it involved movement tests along the way. But once the table read came up, she said things became clear.

The excitement is palpable and there are people whispering in the corners together. I think I even overheard someone say something along the lines of like, ‘Oh, my gosh, I can’t believe I’m in this franchise, this is a dream come true.’

She also mentioned that she was familiar with the series, even though she said, “I’m not a gamer myself.”

The Lady Dimitrescu voice actress also talked about what it was like playing with the motions and actions for her.

That’s really the stuff that I was playing with, the physicality of her. Once I had more clarity on her objects like the cigarette [that she holds] or the fact that she’s wearing a nice sloping hat, then I got to play with different movement qualities. The hat has this nice curvy brim, and so that enabled me to be able to play with ideas of looking up at people from under the brim of her hat. And it has this nice sloping curve, so then the curve led me to make all of her other physical movement qualities very fluid and indirect and curvy.

In case you missed it, here was Zero Punctuation’s Resident Evil Village video.