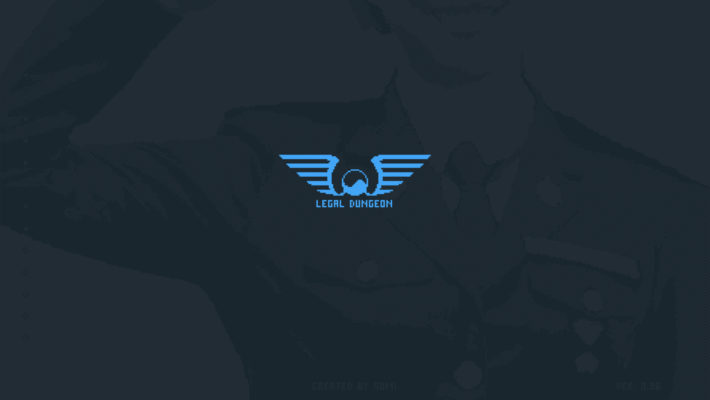 Legal Dungeon is an interesting game. It’s about the law and experiencing the life of a cop, but all from the perspective of a desk worker. The only task you have is to organize multiple police files into comprehensive reports. The distinct lack of action drew me to it, but I had concerns about the tone of a game that puts you in the role of a police officer rather than a judge, investigator, or lawyer. I like legal action and crime solving, but I’m less interested in roleplaying as a corrupt beat cop. Legal Dungeon quickly sets the mood of the game from the introduction of the player character, Jane Blue. Spoiler alert, my concerns went unfounded. Kind of. 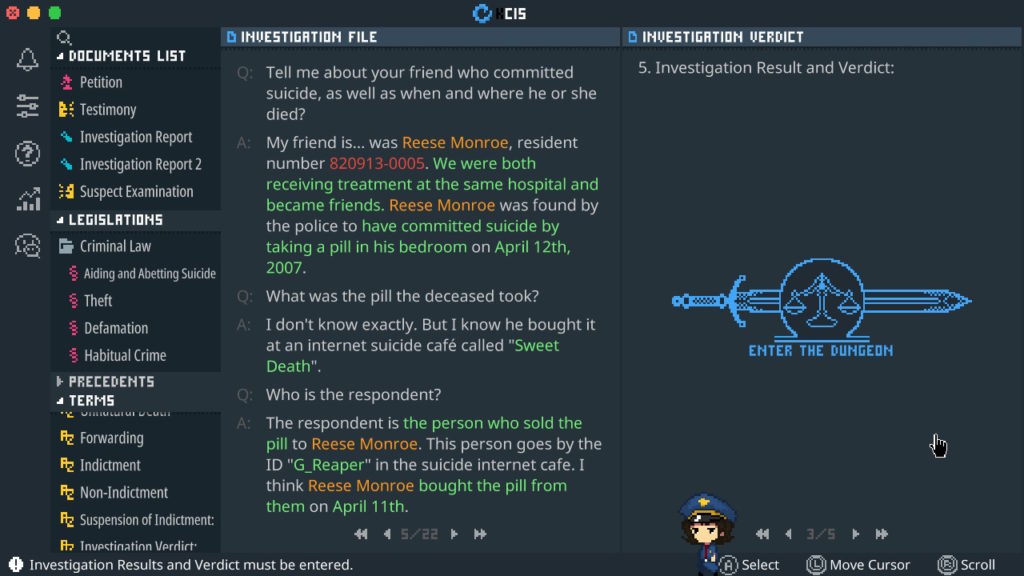 All of Legal Dungeon’s gameplay takes place within a computer system. It’s a bit convoluted at first and the screen always seems full, but it’s legal paperwork. Minimalism was never an option. As much as I found the UI confusing, it manages to be immersive in that sorting through paperwork is a sludge. The online filing system really tested my limits on being a good, moral person when I just wanted to indict a suspect and move on.

Regardless of the choices I made however, there is no winning in Legal Dungeon. It was impossible for me to beat the system. I couldn’t be moral, I couldn’t be corrupt. What I thought the game intended was for me to balance the number of arrests with court rulings. I went into this like I would any other legal game. I tried to be accurate with indictments so my rulings based on the files would match the judge’s rulings. Only a case or two in, and I realized that method wasn’t going to get me far. It only took three cases for me to be fired during my first run. 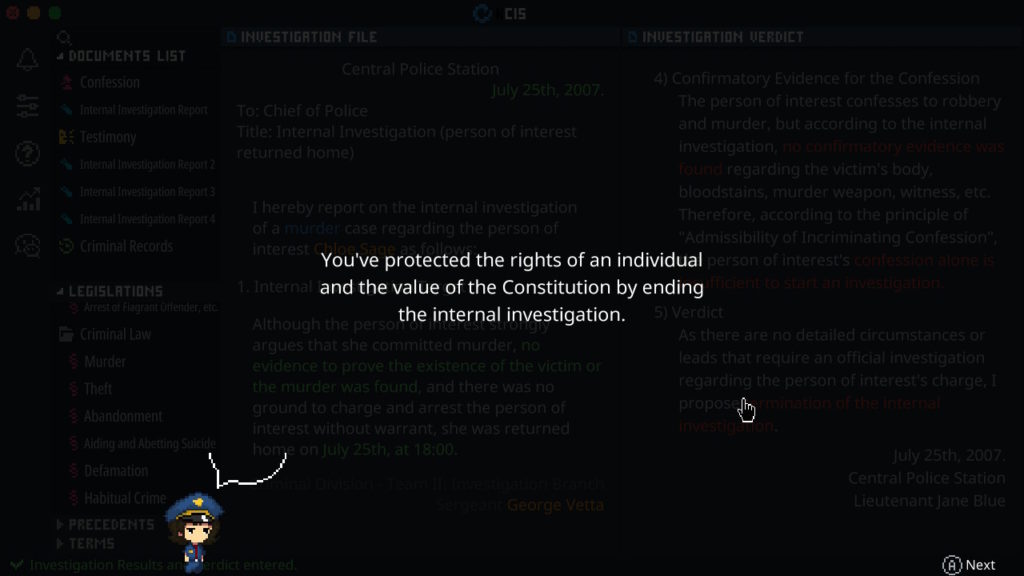 Legal Dungeon is very, very good at making you feel bad. As the cases go on, it’s clear that the “goal” is to use the law to benefit you as a cop while playing the judicial system. Your entire job is based on these ratings. You have to get points through arrests, regardless if the suspect is truly guilty or not, and you also need to be accurate with the laws applied to each case. It forces you to be a corrupt cop, yet manages to never cross a line.

I never felt gross about the actions I was taking or that somehow the game was glorifying them. But I did feel ashamed that I began prioritizing personal ratings over providing some kind of justice. Conversations between cops, chiefs, and other higher-ups are dark. As Blue you are privy to genuinely evil conversations that forsake justice and human decency in order to preserve that end of the year bonus. 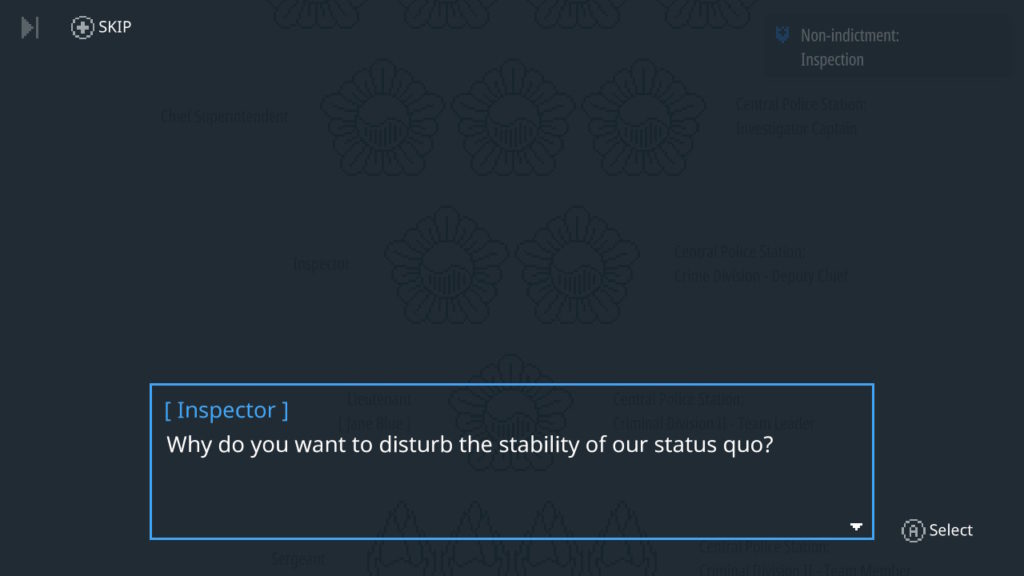 You’re truly forced to examine your morals and experience the shame of deciding fates. Good endings don’t exist in this game. It creates a situation where that idea is entirely impossible. Legal Dungeon is such an interesting look at the behind the scenes corruption that happens within the police force. Written and developed by Somi, a former law student, it’s clear this title is an honest depiction on how deep corruption goes. Police officers aren’t the good guys in this game.

Legal Dungeon is currently available on Steam and for the Nintendo Switch.