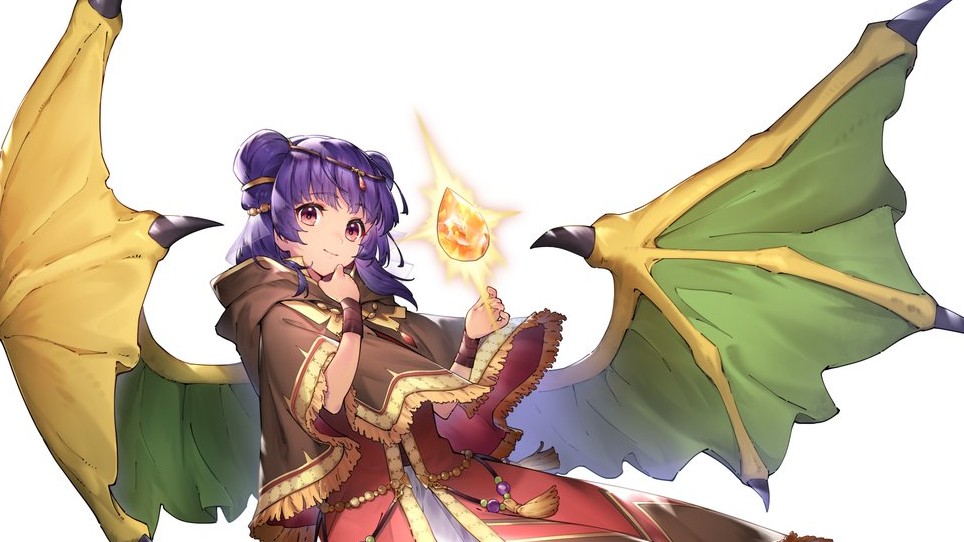 The latest Fire Emblem Heroes Legendary unit is Myrrh: Guardian Dragon. She is available via a new Legendary banner that is available today. This marks the fourth version of the Fire Emblem: The Sacred Stones character to appear in the game.

Myrrh: Guardian Dragon is a flying, blue dragon unit. She has the unique Godly Breath weapon that can accelerate her Special trigger, inflict -5 Atk/Def/Res/Spd on an enemy if she’s near an ally, ensures she makes a follow up attack, reduces her damage from attacks and area of effect specials, and reduces damage she takes from ranged units. She also has the new Def/Res Unity and Darkling Guardian Passive skills.

As usual, Legendary Myrrh isn’t the only focus unit on this Fire Emblem Heroes banner. Here are the other characters appearing at a higher rate on it.

As usual, Feh Pass subscribers can pick a focus unit after pulling 40 times on this banner. They’ll also get a Celestial Stone after hitting that milestone.

Fire Emblem Heroes is available for Android and Apple iOS devices. The Myrrh: Guardian Dragon and her banner will be available until June 13, 2022. One of the other May 2022 banners involved fallen versions of characters like Ninian.