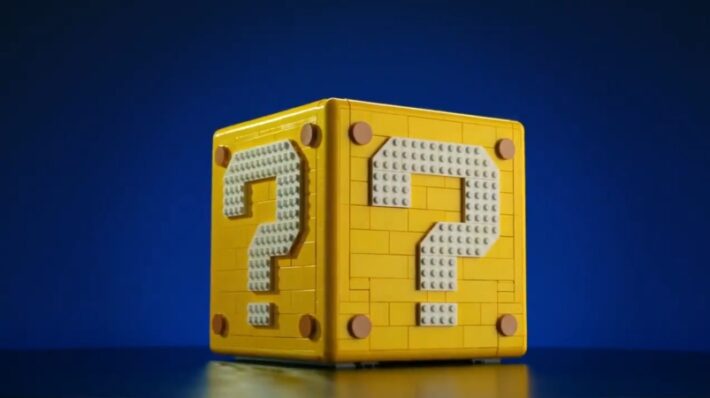 Nintendo and Lego are expanding their line of classic, game-themed play sets. The new one is based on the Nintendo 64’s most iconic game. The Super Mario 64 Question Block set was announced via a tweet from Nintendo of America’s official account, which included a brief preview of the set in its entirety.

Here we go! Relive the fun of #SuperMario64 and explore some of its most iconic levels with the #LEGO Super Mario 64 ? Block! pic.twitter.com/TaJJtkOM1C

Included are Mushroom Castle, Bob-omb Battlefield, Cool, Cool Mountain, and Lethal Lava Land. Each mini world comes with a unique piece inspired by the level. For example, the Bob-omb Battlefield section has a miniature King Bob-omb. Lego recreations of Mario 64 characters are also present, but these are not in the traditional Lego “minifig” characters. Instead they are more abstract, with the Mario figure being a simple arrangement of a red block atop a special block with Mario’s mustache on it, followed by a blue block. The whole Lego Mario 64 Question Block set contains the four stages within itself, and can fold the set in and out for easy display and storage.

Besides the teaser trailer and announcement, Nintendo did not broadcast any information about a release window or pricing for the play set. Past Super Mario play sets include the Lego NES playset and the Lego Super Mario line.