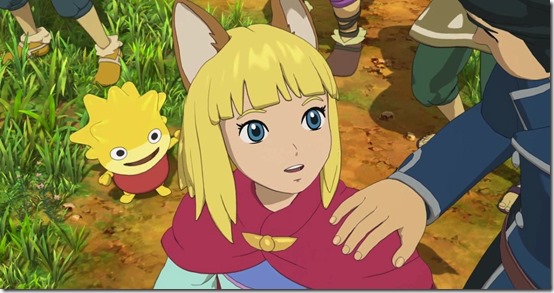 While fans around the world are enjoying Ni no Kuni II, Level-5 CEO Akihiro Hino shared a few quotes in this week’s issue of Dengeki PlayStation on how they hesitated on a Japanese version early on. [Thanks, Ryokutya2089.]

As you may recall, Ni no Kuni II: Revenant Kingdom was first announced during the PlayStation Experience event that took place in December 2015 and it actually took a while after until we saw its first Japanese trailer.

“At first, Ni no Kuni II was being developed for overseas, and there was a time where we hesitated on whether we should release a Japanese version. Ultimately we ended up making a Japanese version with high motivation,” said Akihiro Hino.

He continued, “However, entertainment is all about making things for those who say they really like something and give you money for it. The previous title received many awards overseas, and we decided to narrow down the target [for the overseas audience] and that’s why we made its title [Revenant Kingdom] romanized.”

If you’re wondering what he means by the last part, the previous game Ni no Kuni: Wrath of the White Witch had a proper Japanese title of 二ノ国 白き聖灰の女王 (Ni no Kuni: Shiroki Seihai no Joou) but part two is 二ノ国II レヴァナントキングダム (Ni no Kuni II: Revenant Kingdom).

Ni no Kuni II is available on PlayStation 4 and PC.