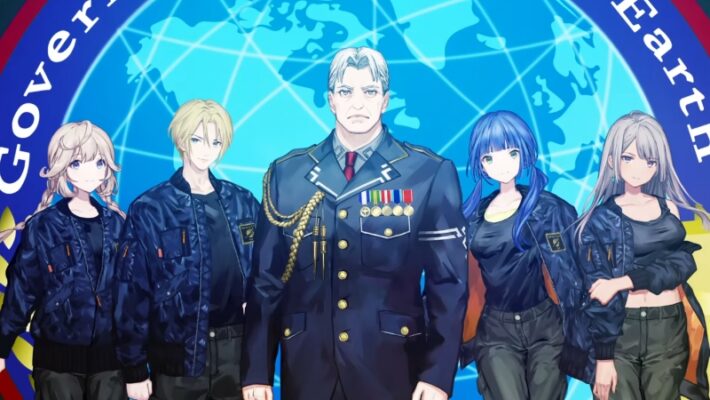 Relayer, the mecha strategy RPG from the creators of God Wars, will release next year. Kadokawa Games and Team God Wars announced a precise release date of February 17, 2022. The information comes courtesy of a burst of news timed with the ongoing 2021 Tokyo Game Show. There’s also a new Relayer gameplay trailer.

Kadokawa’s extended Relayer gameplay trailer clocked in at about 14 minutes. It offered the most substantial look yet. It went into detail about key systems, characters, and the setting.

The trailer included key points about the battle and progression systems to be found in Relayer. Notes about the different mecha classes available to characters, roles like the Tank, Assault, and Sniper, and map selection are included. Characters in battle can also call upon “Big Bang” attacks, ultimate techniques that do massive damage and cue a bespoke cutscene. Players can advance characters through a constellation-like grid, acquiring “Job Skills” to further specialize their combat profile. Relayer will also employ an MMO-like system to manage “Hate,” or the aggression and targeting of enemy units. Players will need to work to ensure that enemy fire is directed at the team’s strongest elements and away from its most vulnerable.

Relayer gameplay will involve a main story consisting of 43 narrative-focused episodes and 42 battle stages. They will focus mainly on the journey of the Asterism, the battleship that is central to the events of the story. Another 45 or so battle stages will be available to cover side encounters and grinding.

Relayer will release for the PS4 and PS5 on February 17, 2022 in Japan. It will support multiple language options, including English.