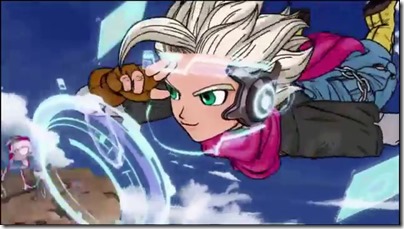 Square Enix released a demo for their upcoming 3DS RPG, Dragon Quest Monsters Joker 3, earlier this month and we got a look at plenty of its footage courtesy KuroSiro Games on YouTube. [Thanks, Nintendo Everything.]

The video gives us a lengthy look at the special demo for the game, which gives us an introduction to Break World, along with some of the basics on battles and features such as Monster Riding.

Dragon Quest Monsters Joker 3 will release in Japan on March 24, 2016 for Nintendo 3DS. Those who try out and clear the demo will get a present code for the full release of the game.