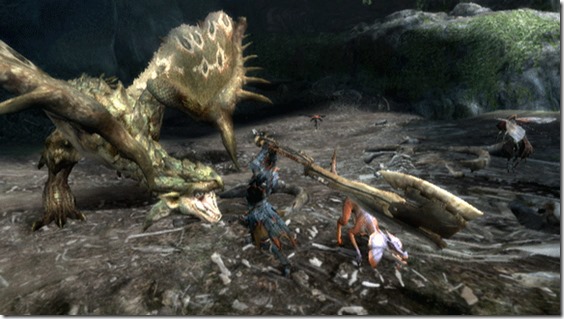 It’s been five years since the release of Monster Hunter Tri, and the series has seen a great many advancements since. We’ve seen new, interesting weapons that can be used in a multitude of ways. We’ve seen the introduction of new features like jumping attacks and randomized loot. We’ve seen a greater focus on online multiplayer, communication and cooperation among players. Above all, we’ve seen each iteration of Monster Hunter become more streamlined, more balanced, and more approachable—a remarkable feat, given just how much there is to do in any one of these games.

Monster Hunter has been doing a lot right. For the past several years, it has managed to build upon its strengths, becoming a more polished, more interesting game with each successive release. We’re finally at a point where the series has developed an identity and is being accepted on its own terms, not just in Japan but also in the West. No one questions what Monster Hunter is any more—it’s a genre unto itself. Monster Hunter 3 Ultimate was the first time critics in the West didn’t go, “What on earth is this?” They knew what it was, even they weren’t entirely certain what to expect. They understood that it wasn’t going to be like other action games. And that was okay. They liked it, regardless.

Today in Japan, Capcom have the latest game in the series, Monster Hunter 4 Ultimate. 4U has it all—loads of monsters, loads of equipment, more interesting environments, new kinds of quests, online multiplayer on a portable platform. There’s a lot to look forward to, for when those of us outside Japan get to play it next year. That said, on the morning of 4 Ultimate’s release, let’s take a few minutes to acknowledge the game that actually began the push for a better Monster Hunter five years ago: 2009’s Monster Hunter Tri. Every single time we’ve talked to Capcom about Monster Hunter, inevitably, Tri has come up during the conversation as a game that personifies everything Monster Hunter was and everything it would become. It was the first time in a long time that Capcom discarded everything they’d created up until that point, and started over from scratch, in the hopes of creating a more refined, more precise Monster Hunter game. 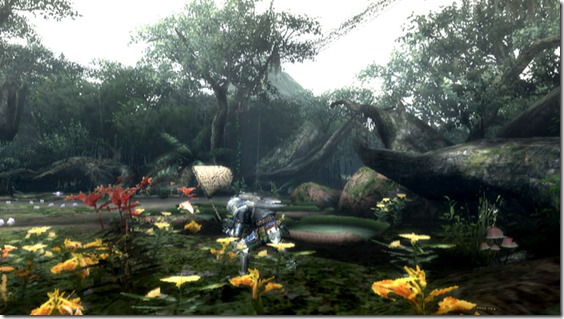 Monster Hunter Tri began development shortly after the release of Monster Hunter 2. The concept behind the game was to recreate the Monster Hunter world and the game’s mechanics from the ground up while maintaining the feel of the series, and in order to do this, Capcom took a no-holds-barred approach to development. To find inspiration for Tri, members of the development team travelled to various parts of the world, including Hawaii and Brazil. The Flooded Forest map (above) in the game was inspired largely by Brazil’s wetlands, while a number of islands around Hawaii were referenced while creating Moga Village, to create the feel of a culture in which water played a crucial role. Even the night sky that you see in Tri was inspired by the night sky of the savannahs and other places rich with nature.

Aside from creating a more convincing world, Capcom also took on the task of creating more convincing monsters. They discarded the motion system they had used for the series’ monsters up until that point, and started over from scratch, putting five years worth of monster design knowledge to use. The new motion system allowed monsters to have a greater range of movement and more convincing body language. Monsters could change direction quicker and keep you on your toes. To round out the new approach to monsters, a whole new ecosystem of new monsters was designed, animations for returning monsters reworked, and hitboxes reconstructed. When you hit a monster, you were sure that you hit it. There was no guesswork involved. The end result was a game that not only felt more tactile than any Monster Hunter before it, but also more believable. Without the advancements of Tri, the Monster Hunters of today wouldn’t be nearly as polished.

“On the subject of [Monster Hunter] Tri, it does kind of show you an overview of the whole world,” series producer Ryozo Tsujimoto said to Siliconera. “One of the main motifs we were going for in that game was the idea of monsters interacting with each other. It was the first time we really showed monsters in herds, it was the first time we had monsters directly feeding on one another—that sort of thing. So, it was like a bird’s eye view of the entire world.” 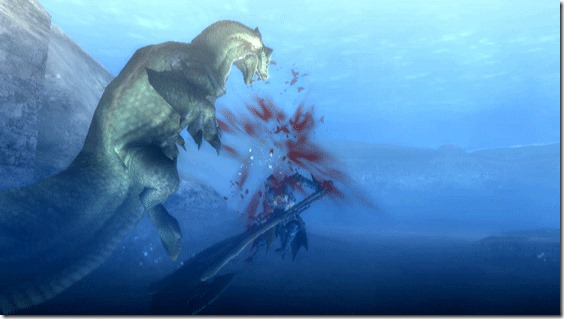 Beyond that, Tsujimoto says, Tri was the first time that Capcom began to toy with the idea of incorporating verticality into the game, which has played a major role in Monster Hunter ever since. You might think the idea began with Monster Hunter 4 and the way it uses jumping attacks, but Tsujimoto says the concept of verticality was already on the development team’s mind when they were creating Tri.

“When you talk about jumping, what you’re really talking about is moving along the Z-axis and taking into consideration elevation differences. That’s something we’d had in mind for a long time,” he revealed. “If you look back at Tri, one of the major ideas was the underwater sections—this idea of ‘multi-level gameplay’. Approaching monsters from above, approaching monsters from below, taking distance into consideration.”

“That got us thinking about the different kinds of gameplay you could enjoy, in terms of approaching monsters from different angles. It was, in a manner of speaking, the first time we’d really iterated on the idea of multi-level gameplay. What we saw it resulted in was players communicating more with each other, because there are so many [more] approaches you can take. That was a really big step for the series.”

Monster Hunter Tri’s contributions don’t stop there. Tri was the game that introduced weapons that could change form and style, in the form of the Switch Axe. This weapon would later go on to directly inspire the Charge Blade in Monster Hunter 4, which is a more versatile variant of its predecessor. And then, there’s Tri’s “Free Hunt” mode, which allowed one to go out, gather, and hunt monsters for fun without having to commit to a specific quest or time limit. This feature was the basis for Monster Hunter 4 Ultimate’s “Unknown Forest” (tentative name), which allows you to go out on Free Hunts in the upcoming game, but also features a randomized map and loot system.

In total, from conception to manufacturing, it took Capcom three-and-a-half years to create Monster Hunter Tri, and it looks like all of that hard work has paid off in the long run, despite Tri requiring a significant financial investment at the time. In fact, some hardcore Monster Hunter players in Japan even pointed out that Tri had far less content than its predecessors, due to everything having been redesigned from scratch.

“After playing MH2 for over 1,000 hours, I finally ran out of things to do and graduated from it, but with only 400 hours logged in on MH3, I find myself in the same situation,” one reviewer on Amazon said at the time. A few other players echoed that same sentiment—that Tri had seen a downgrade in the amount of things to do, and the amount of equipment in the game. But here we are, five years later, and it seems to have been worth it, because everything the Monster Hunter team has done with the series since 2009 seems to have in some way found its origins in Tri.

When you look at the overall picture, Tri is, to date, arguably the most important game in the series, especially for those of us in the West, since it was the first Monster Hunter that really took off outside Japan. All the good things we have now, we owe to Tri, and hopefully, that’s how the game will be remembered in the years to come.