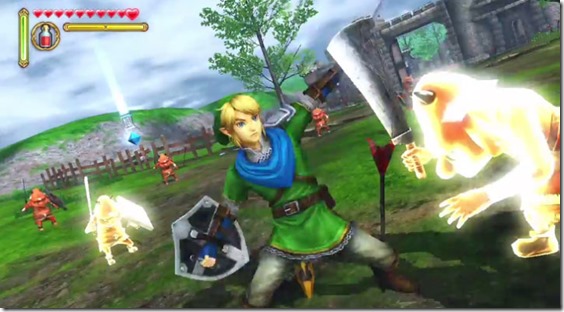 Here’s an interesting tidbit we found in one of Nintendo’s financial results briefing documents this evening: in Japan, Hyrule Warriors will seemingly be published by Tecmo Koei, as it is listed under “third-party software” in Wii U’s release schedule for 2014.

Hyrule Warriors was revealed late last year for the Wii U and is a Warriors-style game that features characters from The Legend of Zelda series. A trailer for the game depicted Link fighting off a large number of foes similar to the Warriors series, which focus on the concept of a single character fighting an army.

In Japan, Hyrule Warriors is titled “Zelda Musou,” keeping with the naming convention of the Warriors games over there. While Tecmo Koei will publish the game in Japan, Nintendo will be publishing the game in the U.S. and Europe, as it is listed under “Nintendo products” for both those regions.