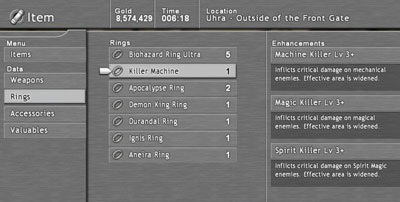 Daniel sent in a tip (thanks!!) pointing towards Opposable Thumbs' article on the Lost Odyssey Bonus Pack, which comes out later today. For 200 Microsoft Points ($2.50) you get the Shattered Bond item to unlock an additional dream somewhere near the Castle of Uhra, the Memory Lamp and a Killer Machine Ring. This content was released as the second pack of downloadable content Japan got, not the first.

The pre-order bonus content with the Master’s Secret Script and extra dream has not been given an official date. However, if it never matriculates you can always snag the content pack for free with a Japanese Xbox Live account as we previously discovered.