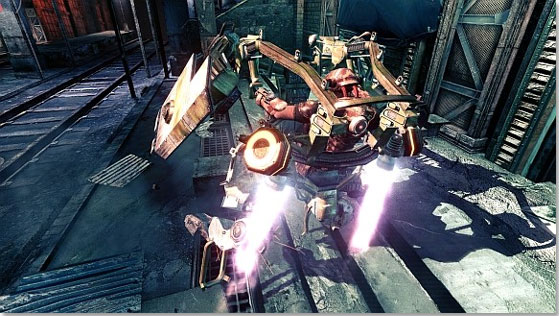 Capcom Europe just announced that a Lost Planet 2 patch that makes tweaks to the game based on user concerns is headed to the PlayStation Network today, and will be available on Xbox Live shortly as well. Via their official blog:

While we know that you’ve been enjoying Lost Planet 2 we want to make sure your gameplay experience is as good as possible not just now but in the coming months. Part of this process is to listen to your feedback and relay it to the development team. We’re pleased to say that from today PS3 owners will be able to download a patch which addresses some of the major concerns that have been voiced. The same patch will be available to 360 owners shortly. Updates included in the patch are – additional respawn points, increasing the power of the harmoniser and improved weapon balancing. We hope you notice the changes and enjoy an improved Lost Planet 2 experience but would appreciate your comments as we value your continued feedback

The patch addresses running speed too. After it’s applied, dashing will be faster online and offline. Capcom also included pop-up tips for B button actions and lowered damage for lone players going through the campaign mode in easy or normal difficulty levels. Both features should make the campaign mode easier to run through solo.