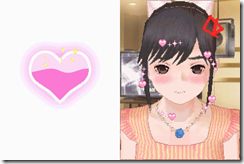 At the event, Love Plus was presented with an award for being the best in the Romance Creative (entertainment) class. Other awardees include Sky with a Rising Half-Moon (the live action movie) for most romantic film, Junichi Ishida for being the top romanticist, and Tokyo Tower for being the most romantic area.