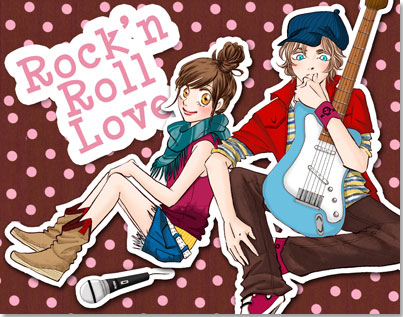 “I was surprised to see editors and others discuss whether it is acceptable to print pictures of a girl wearing a tank top before publishing. It was interesting to learn even that could be a problem in this country,” New York-based mangaka Misako Takashima revealed to the Mainichi Daily News in an interview.

33-years-old and self-taught, Takashima goes by the name Misako Rocks! in North American graphic novel circles. One of her three publications, Rock and Roll Love, was selected as one of the best books for teens by the New York Public Library in 2007. But Takashima is no traditional mangaka. She prefers doing field work to inspire her creations by going out and mingling with New York’s youth.

“I can learn a lot, for example, when I go to the cafeteria with children. Sometimes I can see students hanging out with those in the same ethnic group, unintentionally, I guess, and how popular guys behave in the classroom,” she said. “I want to write about next-door boys and girls so teenagers can get into the stories really deeply. I found the plots of many American comic books a bit surreal or very adult-oriented.”

Her impressions of these children, however, aren’t entirely positive. Takashima feels that too many American teenagers she has met are glued to the Internet and are afraid to try anything out in the real world. “I want young people to learn nothing can change until they take action,” she said, elaborating upon her concerns.