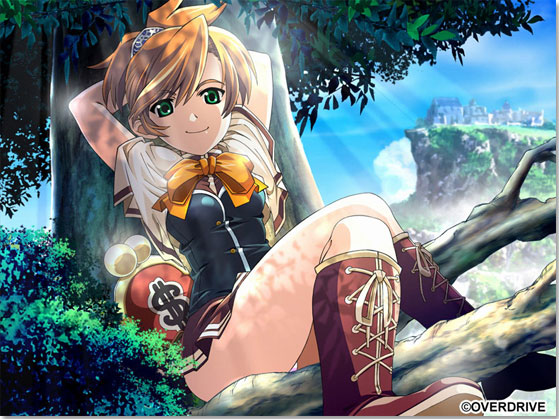 MangaGamer are holding an interesting panel at Anime Expo this year, titled “The Now and Future of Bishoujo Games,” where they will be discussing their company, the visual novel business as a whole, making project announcements and taking questions from fans in attendance.

In addition, they’re bringing a long star-studded line-up of guests with them to the expo, some of which will be part of their panel as well. The list is rather extensive, so we’re going to resort to quoting their handy press release:

Continuing from last year, we will once again be joined by Matsumura Kazutoshi “Tororo-Dancho”, President of CIRCUS and Producer of Da Capo; Sora wo Tobu, Mitsu no Houhou; MaiHime, Unmei no Keitouju, Gift, and True Tears.

Also joining us again this year is Takeuchi “bamboo” Hiroshi, President of OVERDRIVE, Producer of Edelweiss, Edelweiss Eiden Fantasia, Kira Kira, Kira Kira Curtain Call, and vocalist for the rock band, mliktub, which created the first ending theme for Baka to Test to Shokanju . He was also the president of GROOVER, and producer of the Green Green series.

This year we’re proud to announce we’ll be joined by Fujimaru, one of OVERDRIVE‘s artists who worked on Kira Kira Curtain Call, and Dear Drops, which recently went on sale!

We will also be joined once again by Katakura Shinji, One of OVERDRIVE‘s artists, responsible for artwork on Edelweiss, Edelweiss Eiden Fantasia, Kira Kira, and Kira Kira Curtain Call. Mr. Katakura previously worked with bamboo in the past for GROOVER, handling the artwork for Green Green. Furthermore, he was the character designer for the Green Green anime, as well as both the anime and manga versions of Melody of Oblivion.

We will also be joined by Kayura Yuka, one of the artists from CIRCUS. Ms. Kayura’s work includes Da Capo II and its many iterations such as D.C.II To You, D.C. II Fall in Love, as well as Valkyrie Complex, and Gift. She also draws the A.C.D.C. II and Suika AS+ manga.

[email protected]: Joining us with Overdrive this year will be the vocalist, [email protected] In the past she’s worked with milktub on many different songs, included the opening theme for Green Green 2, “Like a Green,” the ending theme for Sakura’s arc in Edelweiss Eiden Fantasia, “Cherry Blossom Diary,” the ending theme for Ran’s arc in Edelweiss, 晴れた日の午後に, Ran’s image song: “Give me XXX!!,” and more. But amongst the readers here, she’s probably more well known as the voice of Kirari Shiino for Kira Kira‘s music! We’re proud to announce that she’ll be performing alongside milktub this year at Anime Expo!

Furthermore, publisher Age, will be appearing with us this year as a special guest! Age is known for the MuvLuv series as well as Kimi Ga Nozomu Eien (Rumbling Hearts), and with them, they will also be bringing a set of guests of their own:

Miyata Sou, artist. Some of his projects include the upcoming Kimi Ga Ita Kisetsu and Shapeshifter, by Age’s sister brand φage.

Himukai Kyousuke, artist. His works also include many from their sister brand φage such as Shapeshifter, Owarinaki Natsu Eien Naru Onritsu, and Piko Piko Kimochi no Nemuru Basho.

Anime Expo will be held from July 1st – 4th at the Los Angeles Convention Center in LA. You can follow MangaGamer’s Twitter feed here, if you want to catch the occasional glimpse of John Pickett, head translator, fall victim to his unfortunate moe obsession, while the rest of us pull his leg.