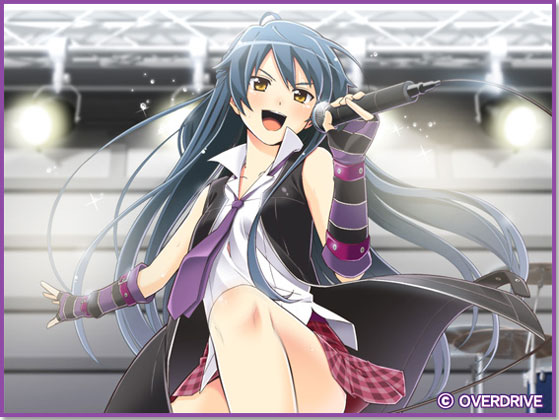 The big one was that visual novel developer, Overdrive, known for games such as KiraKira, are in the process of developing a “study abroad” bishoujo game exclusively for release by MangaGamer in western territories. The goal of the game is to offer an interactive guide to Tokyo using the visual novel system.

According to MangaGamer, players, playing the role of a foreign student, would be able to travel around Tokyo, experience the sights and so forth, with the entire scenario developed in a visual novel format, complete with the genre’s trademarks. No artwork or further information has been released as of now, but we’ll keep you posted as more details are rolled out in the coming months.

Moving on to upcoming projects, DearDrops, also by Overdrive, has been officially licensed by MangaGamer, alongside Da Capo II and Da Capo: Innocent Finale (by Circus, announced last year). Additionally, Overdrive’s newest project, titled Dengeki Strikers, was announced at the panel. While no information on the game was officially revealed, you can probably expect to see this added to MangaGamer’s portfolio down the line as well, given that every other Overdrive game has been published by them.

Age on Entering the Western Market

Best known for PC / Dreamcast / PS2 title, Kimi ga Nozomu Eien, developer Age, to the crowd’s delight, voiced their eagerness at the MangaGamer panel, to bring both Kimi ga Nozomu Eien as well as Muv-Luv to the western market, should they be given the chance.

Keep in mind, Age’s presence at MangaGamer’s presentation doesn’t mean MG are going to be licensing their products. The goal of their presentation was primarily to allow Japanese developers to make their voices heard and communicate with their audience. Given Navel’s enthusiasm, it should be interesting to see when and by whom their star franchises are localized.

Navel on the Importance of Fan Support

Perhaps the most direct approach, however, was the one taken on by Navel, known for developing breakout hit, Shuffle! and publishing Soul Link. Age’s message to fans was simple: “If you buy the games, we’ll put out more of them,” alluding to the ongoing piracy problem plaguing PC visual novel sales.

In MangaGamer’s minds, the event, aimed primarily at introducing new games and taking a step forward to help expand the genre, was a success.

“We have all these great game makers who love what they do and share their enjoyment of this industry, and want to see it expand,” head translator John Pickett, said to Siliconera. “So there’s a big hope that fans will come forth and start enjoying them as well. That kind of, ‘we want to share, if you want the product’.”