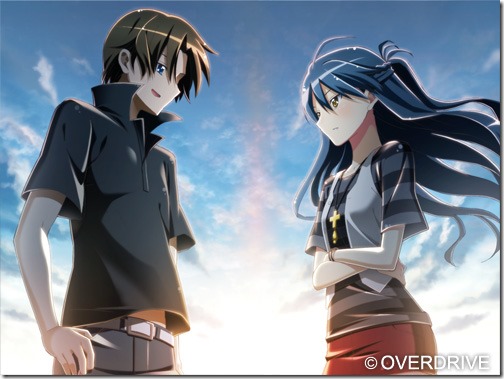 Over the past few years, MangaGamer have quickly grown from a no-name company to a publisher of recognized visual novels such as Kara no Shoujo, Higurashi When They Cry, Ef: The First Tale and Da Capo. Where at one point the company was struggling to find its footing in an increasingly irrelevant visual novel market, it is now far more stable both financially and in terms of the quality of its releases, and is considered one of the pillars of the visual novel community, which itself has grown these past few years.

Where did MangaGamer come from?

Of all the company’s shareholders, Overdrive are the one MangaGamer have shared the closest relationship with. Not only have Overdrive’s games been some of the most prominent in MangaGamer’s portfolio, the two companies also collaborated on the release of Go! Go! Nippon, a budget-priced visual novel targeted at the West that has sold over 10,000 copies—a fairly high number for a PC visual novel—and is getting a sequel sometime in the future.

Speaking with Siliconera, MangaGamer Head Translator John Pickett, AKA Koryuu, says that the company has been ramping up in terms of staff size to keep up with all the games on their plate, and make sure their releases are as bug-free as possible. MangaGamer employs the vast majority of its staff on a contract basis, Pickett says, and makes an effort to keep them all busy, so no one is ever idle.

“In terms of full-time staff, we’re still very limited,” Pickett shared. “We only have myself, Kouryuu, here in the US, and in Japan we only have Evospace and our financial officer. In terms of contracted employees, though, we have many more. We’ve recently expanded to include roughly four editors in order to keep up with the work of our translation staff, which now totals roughly eight, including myself. We also have two programming staff working together with our team which has recently come to include at least one image editor as well.”

“Our total number of beta testers has also grown proportionally larger,” Pickett pointed out. “We do our best to make sure each of our translators and editors has at least one project to work on at all times, though our beta testers often go many months at a time between projects. Currently, programming work is somewhat of a bottleneck in our current lineup, but we’re still satisfied since it’s keeping pace with our goal of being able to release a new title every month.” 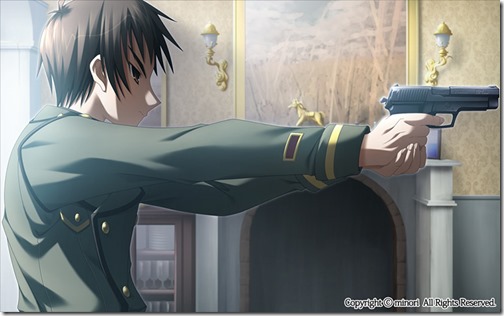 One of the keys to being able to license more games and branch out into different kinds of audiences is to find more development partners, and in order to do this, you need to be willing to keep yourself and the terms of your contracts with other companies flexible. Case in point: while Overdrive have been one of MangaGamer’s closest allies, another studio named minori recently entered an interesting arrangement with the publisher.

By the terms of this arrangement, MangaGamer will localize two of minori’s games, and the profits from these will be funnelled into future projects. In fact, should fan support in the West prove strong enough, minori have pledged to release future games that were made possible by this support in the West before their Japanese release. It’s a leap of faith on the studio’s part, and not the kind of thing you see everyday, especially from visual novel developers based in Japan.

“Up until now, Overdrive has been unique in how proactive they’ve been about expanding into the Western Market, but minori’s unprecedented proposal definitely has all of our staff members excited about the prospects that could result from it in the future,” Pickett said to me.

minori aren’t the only ones either. Recently, MangaGamer announced that they had taken over localization and publishing duties for a Japanese indie visual novel titled The House in Fata Morgana. In the case of this game, MangaGamer will not receive any payment for their localization up front. Instead, the game’s developer, Novetacle, will split the profits with MangaGamer once Fata Morgana goes on sale. In fact, nearly all of MangaGamer’s contracts are negotiated on the basis of royalties, rather than upfront licensing fees, and the costs vary depending on the project. It’s another example of finding a smart way to make things work and creating new partners, which is something MangaGamer have gotten very good at of late.

As we publish more of our recent talk with MangaGamer, we’ll cover other subjects in depth, such as how the company is keeping itself profitable, and its recent interest in the otome and Boys’ Love genres of visual novels. Look out for more coverage soon.