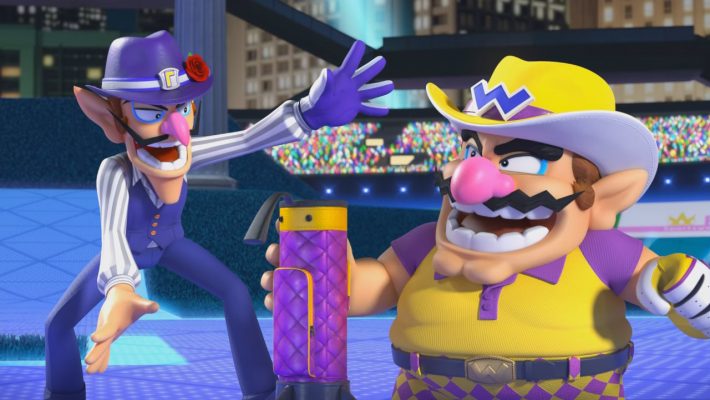 It’s a tried-and-true Nintendo tactic to build a new game around a marketable gimmick. Whether the game needs it or not! And whether it’s a good choice for the game design or not! With the new Mario Golf, that strategy is once again in effect. Instead of “slow, boring” normal golf games, Super Rush has “Speed Golf.” In this mode, you dash around to take your next shot, acting as quickly as possible to get to the hole. 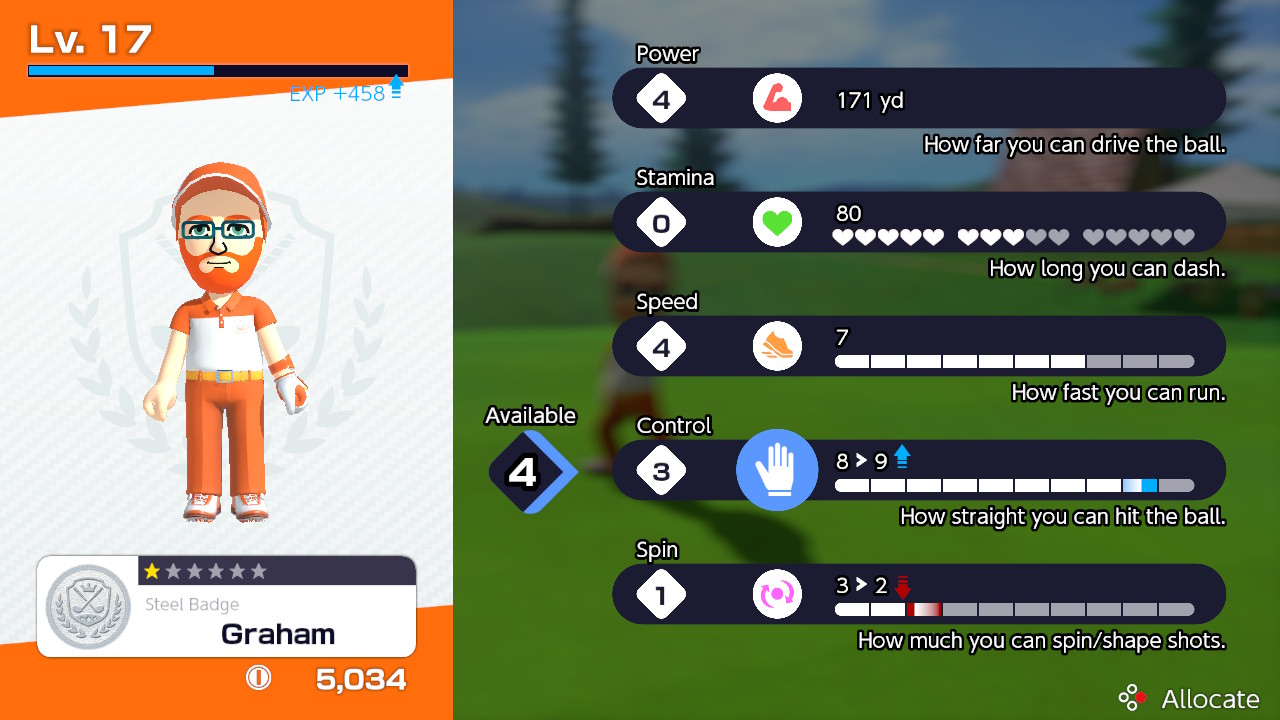 Interestingly, this element is most similar to 100ft Robot Golf. The quirky battle game from No Goblin with commentary from the McElroy brothers added competition and speed to shots. As we saw in that game, action golf can be its own fun! But it doesn’t exactly place a premium on precision. Super Rush doesn’t fix this problem, either. You want to take good shots, sure, but what’s more important is taking decent shots quickly.

It ends up fighting against what makes golf games satisfying. For decades, Mario Golf games have worked to make you feel good about your birdies. Your long putts. Your artful backspins. Speeding up the game means you don’t often get to do these. Sure, high-level players will make this stuff look easy. There’s a high skill ceiling, and those chasing that sort of challenge might enjoy this new effort. But action and excitement fits better in… well, essentially every other sport! Golf is more tactical and relaxing, and it’s best when you focus on those strengths. 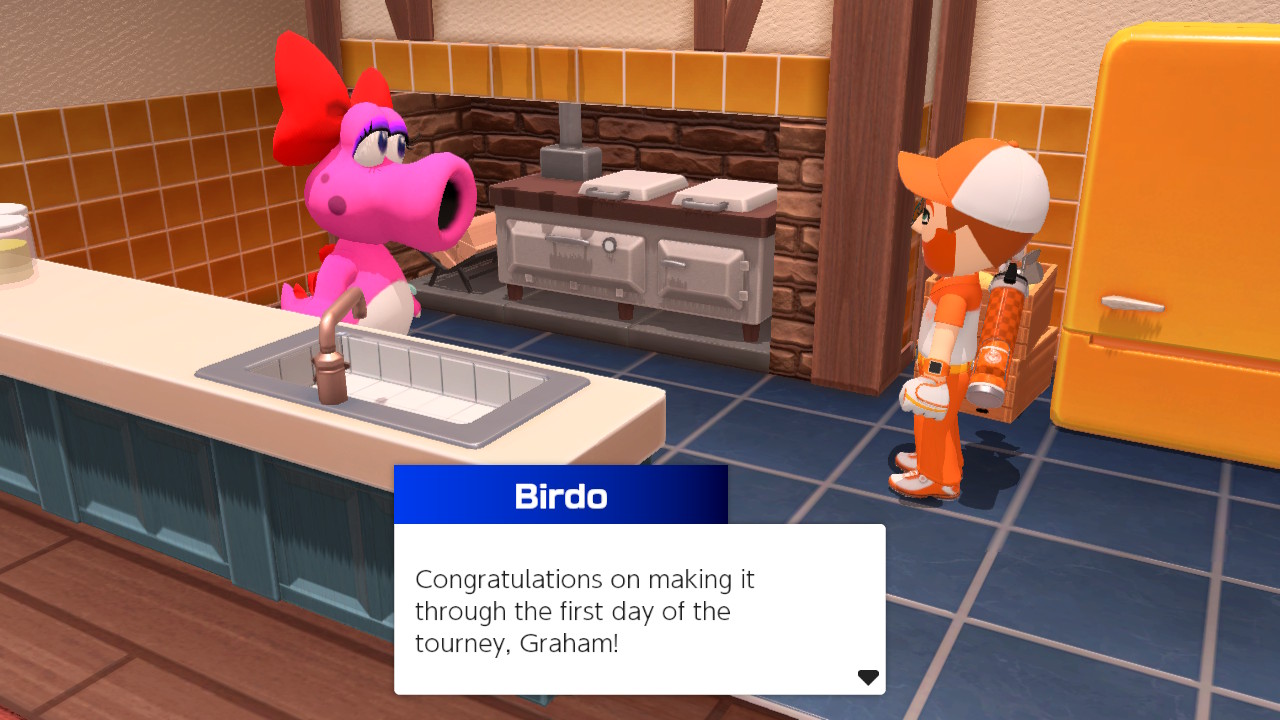 Thankfully, there’s still normal golf in this Mario Golf. It’s not in the “Golf Adventure” mode, a story-based campaign that showed early flashes of the Game Boy games’ brilliance in previews, but ended up being some gimmicky challenges tied together with a lot of text boxes. This mode spends too much time making you travel from element to element, and not enough making your progress and customization feel meaningful. (Though hey, it’s nice to see a significant supporting role for Birdo!) Nope, it’s just the normal golf. You go play the normal golf!

Super Rush could be more fully featured if it focused on this part, but there’s still a decent time here. You can play locally or online with friends! The new courses’ Speed Golf-focused design does open up opportunities to improvise as you plan your approach. And as much as we wish there were more here, there’s some replay value in chasing your own top score for each course. 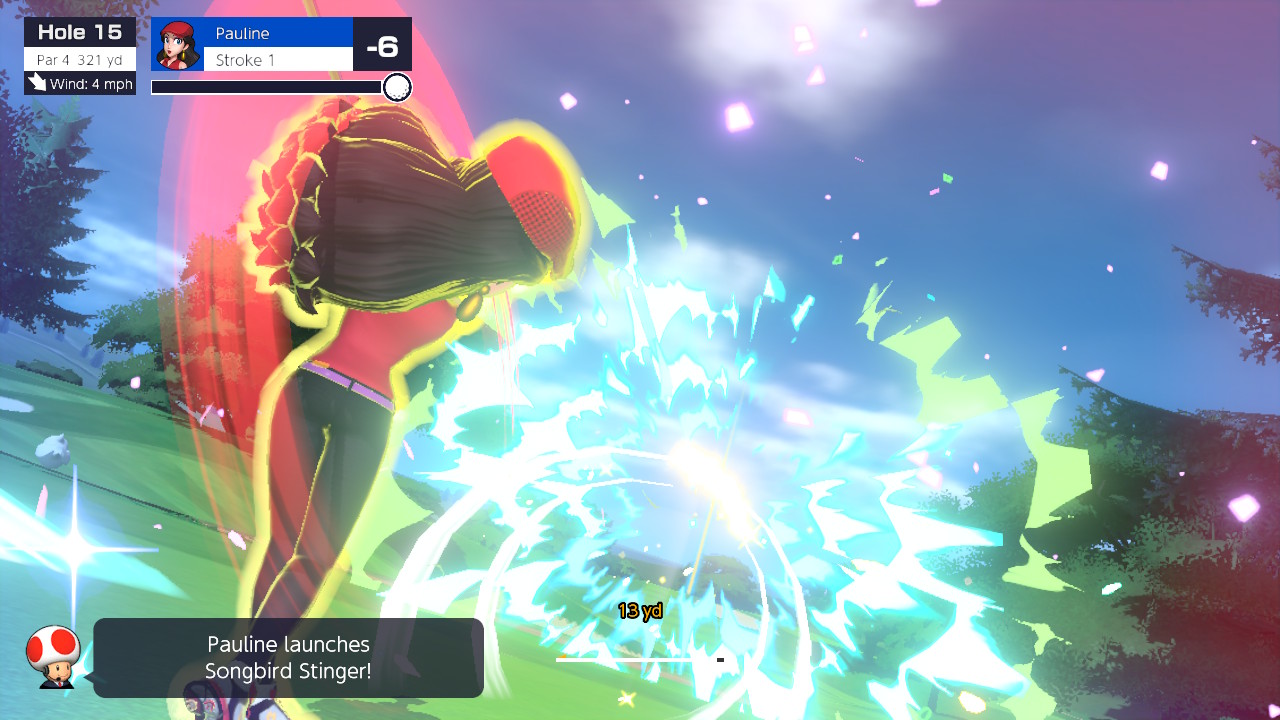 Perhaps most importantly, the underlying controls and polish of Mario Golf remain here. It may lean a bit more toward the derided Mario Tennis: Ultra Smash than the feature-packed Mario Tennis Aces, yeah. But ultimately, Camelot knows how to make an engaging golf game. There’s a motion control option here for the Wii Sports set, and it works fine enough. Still, we ended up falling back to button play. It just feels right.

Mario Golf: Super Rush is available now on Nintendo Switch, both on the eShop and at retail outlets.