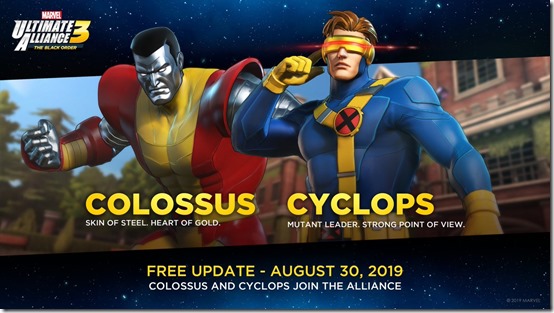 Marvel Ultimate Alliance 3: The Black Order was discussed during the Marvel Games San Diego Comic-Con panel, and a number of new characters were revealed. Nintendo rounded up all of the critical information on Twitter. First, Loki will be a part of the base game. He will be joined by two X-Men for free at the end of August. Finally, four of the Marvel Knights DLC Pack characters were revealed.

Colossus and Cyclops will join Marvel Ultimate Alliance 3: The Black Order on August 30, 2019. They will be sent out as part of a free update. This means the other X-Men characters not included in the patch and initial release will be a part of the eventual X-Men DLC pack included in the paid season pass.

Some of the first paid Marvel Ultimate Alliance 3: The Black Order characters were also shown. Blade, Moon Knight, Morbius, and Punisher will all be a part of the Marvel Knights DLC pack. The tweet specified that these are “A few characters from the first DLC pack,” suggesting that more characters could be a part of this particular add-on. While it does not have a release date yet, the first pack received a Fall 2019 release window at E3 2019. 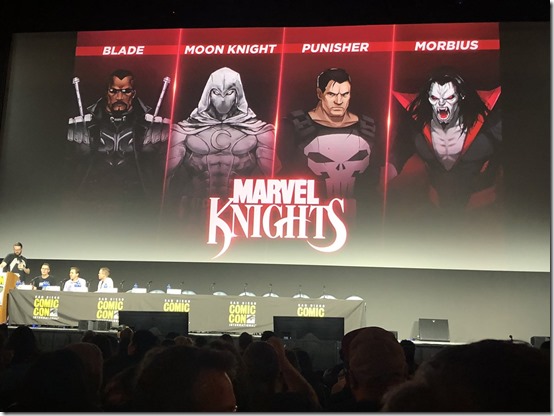 Marvel Ultimate Alliance 3: The Black Order will come to the Nintendo Switch on July 19, 2019. Its three add-ons are only available through the $19.99 season pass and not sold separately.