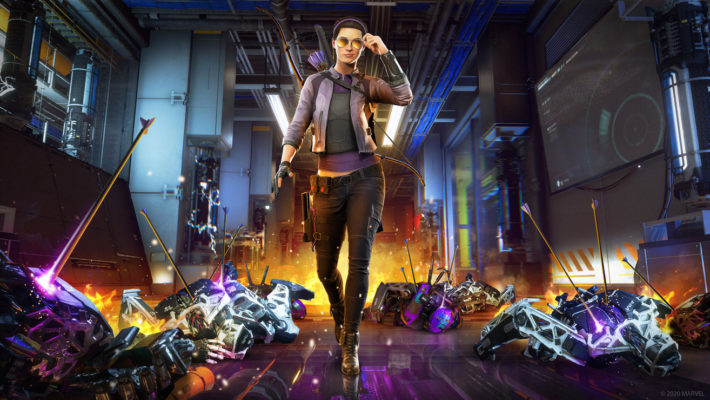 Marvel’s Avengers Kate Bishop was supposed to join the cast back in October 2020. However, her Operation was delayed. Fortunately, people don’t have to wait too long, as she’ll be part of a free December 8, 2020 update.

The Taking Aim operation involves the new heroine going through a gate to another timeline and traveling through time, in a way. She will use her archery and swordplay skills and quantum energy to face off against familiar enemies and new ones like Super-Adaptoids. Her story is also part of a two-part Hawkeye storyline that will conclude when Clint Barton joins the cast in “early 2021” with his additional Operation.

Here’s the new Marvel’s Avengers War Table presentation looking at Kate Bishop’s Taking Aim Operation. It offers a look at her storyline and how the archer will play in the game.

This announcement comes after some disappointing Marvel’s Avengers news. Data suggested that the game cost Square Enix and Crystal Dynamics about $100 million to make, but that the early estimates suggest that only about three million copies sold.