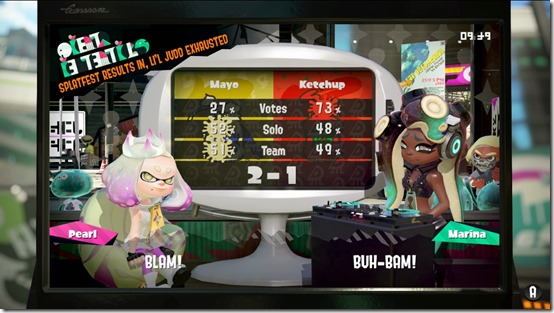 Splatoon 2’s second Splatfest just wrapped up over the weekend, finally deciding which condiment is superior between mayonnaise and ketchup. The results in each of the three regions – North America, Japan, and Europe – revealed that mayo was the victor.

In North America, ketchup won the vote with 73%, but mayo took both the solo and team battle wins.

In Europe, much like North America, ketchup won the vote with 66%, but lost the battle wins as well.

Over in Japan, mayo won the vote and solo battle, while ketchup only won the team battles.

Splatoon 2 is available for the Nintendo Switch.