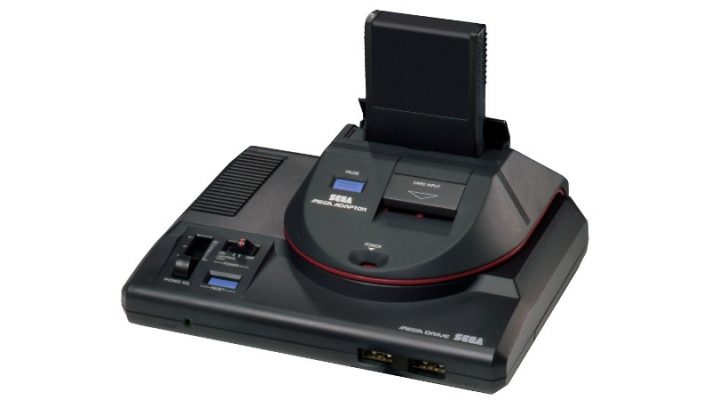 Sega revealed the Mega Drive Tower Mini Zero in Japan. This is an extension for the Mega Drive Mini inspired by the add-on part for accessing Master System games in the original console. It’s also designed to help celebrate the upcoming Lost Judgment, which includes the Master System in-game. [Thanks, Game Watch!]

This extension is inspired by the Mega Adapter, which allowed the 16-bit Mega Drive to load cartridges and play games from its 8-bit predecessor, the Sega Master System. In the North American Sega Genesis, this peripheral was known as the Power Base Converter.

However, this mini tower will only act as a decoration for the Mega Drive Mini. It will not include any extension that actually adds playable Master System games. Sega confirmed that the Mega Drive Mini Tower Zero’s release is solely intended to help celebrate the upcoming release of Lost Judgment on both the official webpage and press release.

The company reminded people that Lost Judgment will include a playable Master System console. The “game cartridges” provided in the decoration will be even based entirely on the list of 8-bit games available in the new title, such as Penguin Land and Alex Kidd in Miracle World.

When Sega released the Sega Genesis Mini in North America and Mega Drive Mini worldwide on September 19, 2019, it also made the Mega Drive Tower Mini. The optional set added extra miniatures of the Mega CD and Super 32X. However, all of those add-ons only acted as decorations, and they would not affect the mini console’s lineup in any way.

The Mega Drive Mini Tower Zero will be available in Japan on October 21, 2021. It will have a price tag of 4,950 yen (~$45) with tax already included. The add-on will only come on its own, with the Mega Drive / Sega Genesis Mini having to be purchased separately.

Sega will release Lost Judgment for PlayStation 4, PlayStation 5, Xbox One, and Xbox Series X on September 24, 2021.