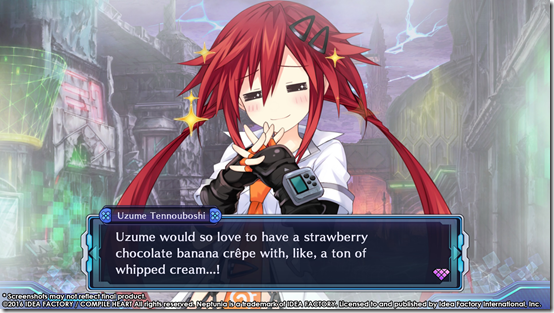 Megadimension Neptunia VII’s Windows PC port has a launch date. Idea Factory International will bring the JRPG to Steam on July 5, 2016. Between July 5 and 11, 2016, a 40% discount will be in effect.

Idea Factory International also discussed some of the things people can expect with the game. The standard edition of Megadimension Neptunia VII will include optional Japanese audio, Histy’s Beginner Item Set, Histy’s Trial Item Set, and some additional accessories, level caps, and missions. A Digital Deluxe Set will also be available, though its contents and price have yet to be revealed.