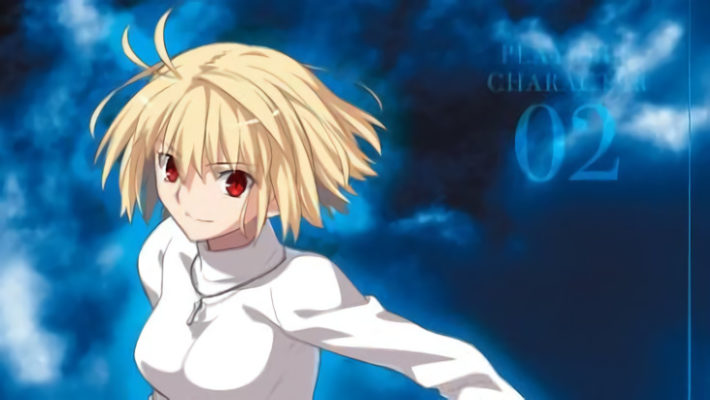 A new Melty Blood entry is in the works. Type-Moon revealed Melty Blood: Type Lumina for the PS4, Switch, and Xbox One in Type-Moon Ace Vol. 13. It will be a 2D fighter and appear in 2021 worldwide. An official website will open “soon.” [Thanks, BananaShiki!]

Here are the scans shared by BananaShiki. They confirm Shiki Tohno, Akiha Tohno, Arcueid Brunestud, and Ciel will all return as fighters for this installment. A few screenshots showing all of them in action, both in their arcade mode story segments and in fights, appear on each page.

BananaShiki offered a closer look at the screenshots in a follow-up tweet.

The Tsukihime spin-off series began in 2002 with the original Melty Blood. The most recent entry in the series prior to this is Melty Blood Actress Again Current Code. That appeared on PCs worldwide in 2016. Each installment has been a 2D fighter with various characters pulled from the visual novel.