The year is 2003 and Yoshio Sakamoto, in the middle of making Metroid: Zero Mission, shares his memories of developing the original Metroid, his influences, and his thoughts on where the series might go in the future. The following interview was retrieved from Game Staff List Association Japan, a Japanese website that, among other things, aims to summarize, transcribe, and categorize interviews with video game developers. 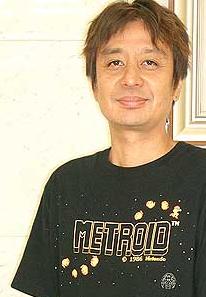 Looking Back; Thinking Ahead 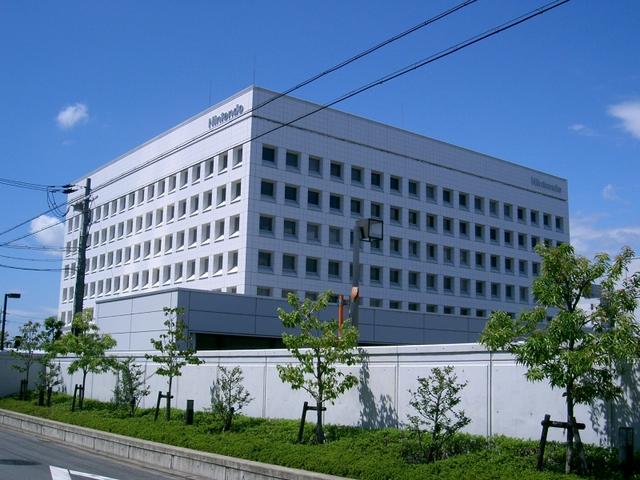 Prior to me first joining Nintendo, I imagined it would be closer to a regular company. In actuality, however, it was completely different, with the development department being more like a small workshop. That environment really suited me. Everything was on a much smaller scale than now. The development room didn’t even have a photocopier. Every time I went to the finance and accounting department to copy something, I’d see all the employees there working in such an organized manner, and I’d think to myself "So, this is what a company looks like…" [Laughs]

When making a game, we’d start out by having all the developers gather together to contribute their ideas, with Gunpei Yokoi at the head of the group. Then, using everything we came up with as a base, we work on filling in the blanks. However, good ideas don’t come easy, and if no one could come up with anything worthwhile, Yokoi would actually already have some ideas about what we could do. That’s how I came to admire him. Thinking back on it now, the NES, for Yokoi, was more of a device used for projecting images on a TV than a game system. I believe he was always thinking about what he could do with it in those terms. We’ll never know the truth, though. (Yokoi died after being struck by a car in 1997.)

One day, he said to me "Think up a game about Snoopy. I’m off to America." What I came up with was Snoopy on the colour LCD panorama version of the Game & Watch. That was the first time I could say "I made a game all by myself!" The first time I saw an NES was probably during a factory tour the year after I joined the company. Up until then, I was mainly involved with Game & Watch titles. One day, however, Shigeru Miyamoto wandered over to our room and asked "Is there anyone here willing to lend us a hand?" That’s how I ended up doing sprite art for Donkey Kong Jr., which turned out to be my first real experience with video games. After that, I worked on the arcade version of Wrecking Crew. At the time, game development was done on a very small scale, so we had a team of five or six people working on everything from the programming to the music. Our development period was about half a year.

The original Metroid first came into being as our desire to create a game that took place in a gloopy, alien-like world. In early development, there were only rows of blocks, and the backgrounds didn’t give you the sense that they were alive. The Chozo were also something that resulted from this process. The game was headed up by then-newcomers Hirofumi Matsuoka and Hiroji Kiyotake, but when it came to representing the civilization of an undiscovered planet, I’d hand what I’d written to Matsuoka and tell him "Put this in," and he would. [Laughs]

Hirokazu Tanaka wrote some really incredible songs for Metroid that made you feel as though you were actually there. Ever since then, I’ve maintained a strong conviction that music has an incredible power to project certain atmospheres. That’s why I was very conscious of when and where the music would play when making Famicom Detective Club. Famicom Detective Club Part II even had pieces of code embedded in the characters’ dialogue that allowed for complete control of the sound.

During the development of Metroid Fusion, I took into consideration the fact that we’d have players who would be picking up a Metroid title for the first time and tried to make the game easy for them. Nine years had passed since the release of its predecessor, Super Metroid on the SNES, and I figured the type of gameplay in Metroid (wandering around, lost, while searching for secret passages) would be pretty rough on beginners. That’s why I instead chose to emphasize the dramatic aspects and use the game’s story to motivate people to keep playing. I also adjusted the degree of difficulty by restricting the players’ movements, thereby ensuring the game wouldn’t get too hard. In contrast, Metroid: Zero Mission, which we’re currently developing, is a remake based on the original Metroid, so it brings the series’ original style of gameplay closer to the surface.

I experimented with putting some monologues by Samus in Metroid: Fusion in order to put some importance on the drama, but I still don’t know whether it’s right to be taking the series in that direction. I think the true fun of Metroid lies in spending time searching for secret passages and getting yourself hopelessly lost. That’s why I started out by choosing to emphasize the story in Fusion, and now I’m showcasing Metroid’s roots in Zero Mission. If I don’t continue releasing games that feature Metroid’s origins and games that feature Metroid’s story, I won’t get any ideas about where to go next.

Even while we were making of Super Metroid for the SNES, I stuck stubbornly to my decision that there wouldn’t be any dialogue, no matter what. I have to stick to my guns for Zero Mission, as well. It’s too easy to have players wandering around a huge map, indifferent to their surroundings. I have to find a way to spice things up a bit and stimulate their brains. If all we do is extract the essence of Metroid over and over again, every game we release will turn out exactly the same. I try to challenge myself by focusing on developing a new gameplay mechanism every time in order to avoid complaints like that.

When it comes to comparing 2D and 3D games, I can’t say that 3D games are always better. The Super Nintendo was a direct evolution of the Nintendo, but when developers moved from the SNES to the N64, they were forced to change dimensions. When 3D rolled around, my department was in an area separate from the 3D division, so at the time I felt like I was late to the forefront of the new wave of gaming. I felt rushed back then, thinking that if I missed the train now, I might end up being too late. Thinking back, however, I don’t think I had any idea that I would have to change the way I approached video games. All I had was the vague notion that I needed to be at the forefront of video game development. When I made the transition from the Nintendo to the Super Nintendo, I was recklessly pursuing superiority, but thanks to the fact that I was late in moving from the Super Nintendo to the N64, I was blessed with the opportunity to take another look at the fundamentals of what made a game fun and what I really wanted to experience in a game. I was able to see the Game Boy in a new light, and that’s the reason I want to keep focusing on the GBA. The only thing is that if it looks like we’ll need the Gamecube’s specs in order to resolve the themes that Metroid is comprised of, we may need to move the series to that system in the future instead.

I think that the benefits of the original Nintendo were ubiquitous. We had to ask ourselves how we could give players an emotional gameplay experience using the system’s limited specs and expressive capabilities. The Nintendo had a large presence, and developing for the system really forced us to think. If you worked hard at devising tricks, the possibilities became limitless, and the number of games we could have made would have been infinite. Despite the inconvenience, the Nintendo was an interesting tool and a fun toy, an entertaining system that tantalized us with its possibilities.

The Portopia Serial Murder Case was what inspired me to embrace an interest in adventure games. I thought it was neat that there were games that played like that. In my opinion, Gradius, Xevious, and Star Fox all stood out because of their beautifully rendered graphics. If I include games from our company, Super Mario Bros. also had quite an impact. There’s nothing that tops it. For me, it was all the tricks you could do like walking along the top of the screen with only Mario’s feet showing. "You can do that?!" I’d exclaim in surprise. It got a really good reception, even within the company.

The Legend of Zelda

Zelda also saw a good reception within the company. Even we Nintendo employees played it, commenting on how fun it was. My favorite Zelda game is the first one that came out on the Famicom Disk System. It seems that even the people who made it were wondering if it would really be entertaining, but it was fun in every aspect. I think it was the game that did the best job of conveying an image of fun.

Famicom Tantei Club was the first game that allowed me to directly experience players’ reactions. One girl sent us handmade chocolate and a fan letter addressed to the staff. I was happy, of course, and I thought to myself how I was doing work that appealed to people’s hearts. But instead of touching 10 or 20 people, I was touching the hearts of tens or hundreds of thousands. The moment I realized that, I knew I had to do things right. I knew I’d found my life’s calling even before then, but after that my outlook changed completely and that marked a true beginning for me.