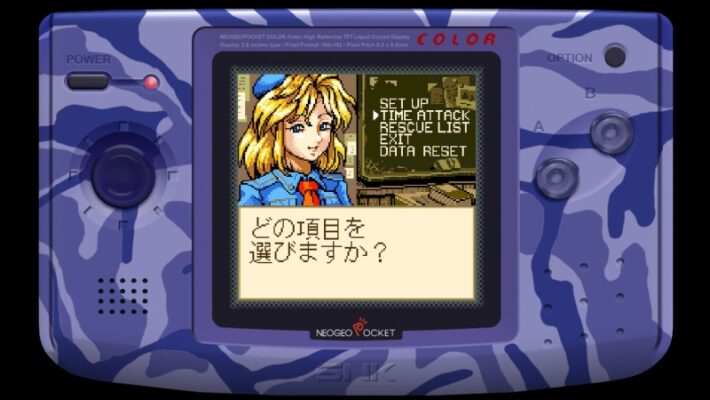 Metal Slug 1st & 2nd Mission has been freed from the herd. The game is now available on the Nintendo Switch eShop as a double-pack [Thanks, Famitsu].

The games were originally announced as part of SNK’s effort to port the catalog of the Neo Geo Pocket Color to the Nintendo Switch. Metal Slug 1st & 2nd Mission were included as part of the Neo Geo Pocket Color Selection Vol. 1 pack, available alongside games like Fatal Fury First Contact, King of Fighters R-2, and SNK VS. CAPCOM: the Match of the Millennium. Now both Metal Slug titles are available together as a double pack.

Like other games in the collection, Metal Slug 1st & 2nd Mission appear on the Switch rendered in their original square resolution. The game screen appears within a virtual Neo Geo Pocket Color console. First launched in Japan in 1999, the Neo Geo Pocket Color had a tough time in the market. The competition from Nintendo was fierce. It was still riding high on the success of the Game Boy Color and would soon release the Game Boy Advance. Combined with existing financial troubles, the Neo Geo Pocket Color ended up being the last console of any kind produced by SNK. It was officially discontinued in 2001.

Metal Slug 1st & 2nd Mission tell an origin story of sorts, set in the early days of the Peregrine Falcon special forces squad. While 1st Mission stars an unnamed hero who is most likely franchise veteran Marco, 2nd Mission features three playable characters. Two of them, Gimlet and Red Eye, have intertwining storylines, while the third, Tequila, is playable once players beat all the other stages. Both games are notable for having a large number of missions in comparison with mainline Metal Slug titles.