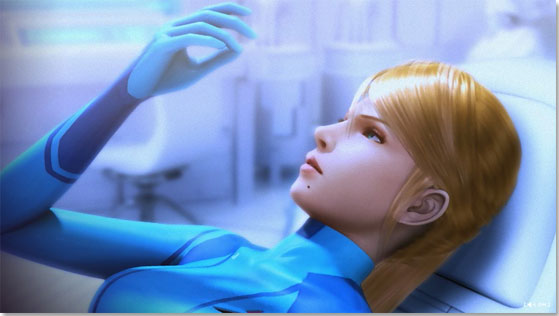 Heads up, Metroid fans! Our overlords and masters at NCL have decided to update the Japanese Metroid site with scant bits of information pertaining to Other M. It’s nothing particularly significant, but hey; we’ll take what we can get.

The first things you’ll notice when you access the site’s main index are the Metroid and Super Metroid themes, composed in orchestrated form by series newcomer Kuniaki Haishima. Then, in the Stage section, is a short video of Samus’s ship navigating through a space station. Having the Super Metroid theme playing in the background while you watch that scene is actually a little reminiscent of the opening to Metroid Prime.

And finally, there are four new lo-res screenshots.