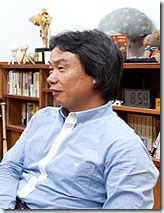 There has been a bit of confusion across the Internet since Wired.com published a recent interview with Nintendo’s senior managing director, Shigeru Miyamoto, last night. In the interview, Miyamoto said to Wired: “Inside our office, I’ve been recently declaring, ‘I’m going to retire, I’m going to retire. I’m not saying that I’m going to retire from game development altogether. What I mean by retiring is, retiring from my current position.’”

Later in the interview, he’s quoted as saying: “The reason why I’m stressing that is that unless I say that I’m retiring, I cannot nurture the young developers.”

While we understood that Miyamoto simply meant he was going to focus on training younger Nintendo staff, some seem to have taken it to mean that he will be stepping down from his position as the company’s senior managing director. This is not the case, Nintendo clarified to Bloomberg via a statement over the phone, after their stock dropped 2%.

Ken Toyoda, a spokesman for the company, says that Miyamoto will maintain his position as senior managing director, but he will be reducing his involvement in the development of games to train younger employees at the company. Additionally, he will continue to oversee major titles, but again, we assume this will primarily be in a supervisory capacity, as has been the case of late with games such as Super Mario 3D Land and The Legend of Zelda: Skyward Sword.