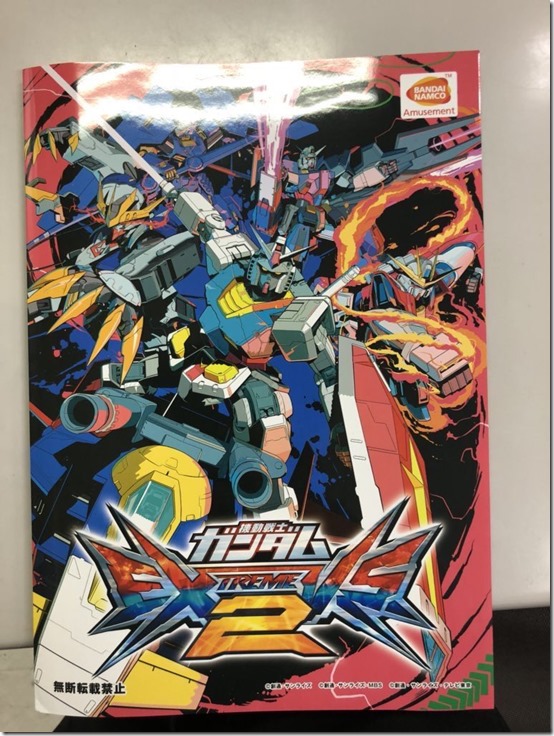 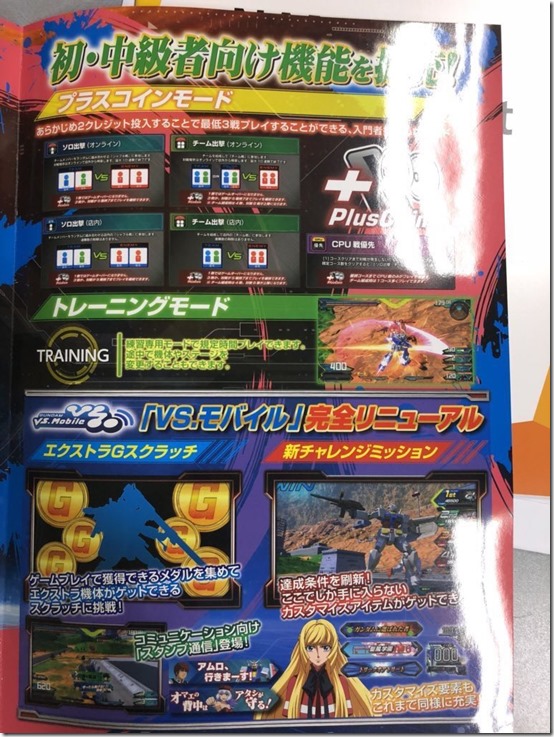 Mobile Suit Gundam: Extreme Vs. 2 offers features for both beginners and intermediate players. The “Plus Coin Mode” is geared more for beginners, where they can put in two credits in advance to play a minimum of three games. For your online teams, you can team up with players in the same arcade shop or with players at other shops.

“Training Mode” allows you to play a training-exclusive mode for a fixed period of time. It allows you to change Mobile Suits and stages while in training.

The “VS. Mobile” has been completely revamped. Medals acquired through gameplay are exchanged for scratch tickets for a chance at scoring Extra Mobile Suits. The new Challenge Mission has completely reformed its achievement conditions. There are also customized items you can only get from here. Stamps are now available for communication. 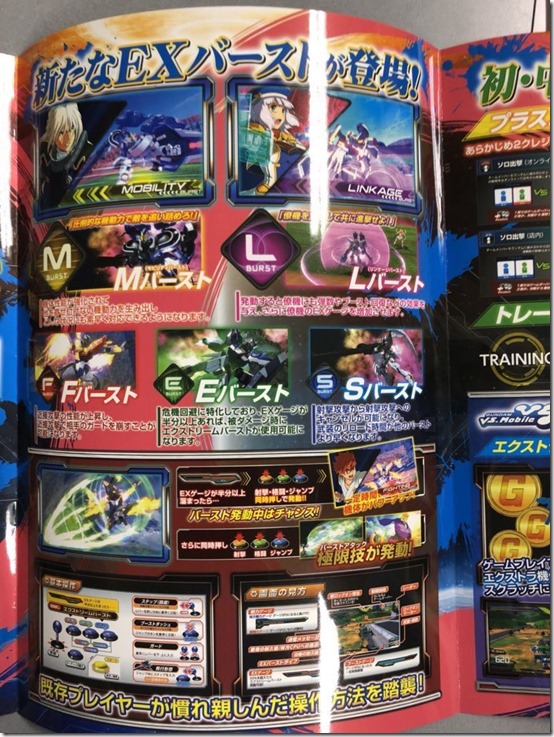 Here are some details on the EX Burst (Awakening):

Lastly, here are the new Mobile Suits that were announced:

Mobile Suit Gundam: Extreme VS. 2 is in development for arcades with plans to release in Japan in 2018. Check out our previous report for a look at screenshots showing recent Mobile Suits that were added in Gundam Barbatos, Try Burning Gundam, and Gundam Maxter.