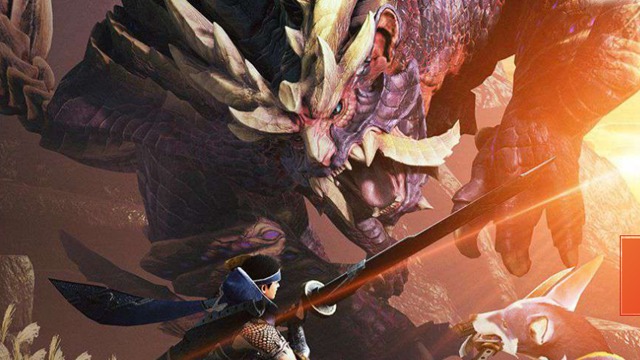 Monster Hunter Rise is the latest installment in the long-running Monster Hunter franchise. Hot off the heels of Monster Hunter: World and Monster Hunter World: Iceborne, Rise has officially become Capcom’s best selling single platform title. This new entry has added several quality of life features, along with new ways to traverse maps focused on verticality. Producer Ryozo Tsujimoto shared insight into the development of Monster Hunter Rise, how the team managed to balance the new Rampage Mode, and answered our questions about the monetization of cosmetic items.

Ryozo Tsujimoto, Capcom: I think this result was achieved because Monster Hunter: World and Monster Hunter World: Iceborne raised the profile of the Monster Hunter series considerably. With that momentum and those learnings, we were able to create an all-new experience that took advantage of the features of the Nintendo Switch platform.

Siliconera: What future do you envision for Monster Hunter Rise?

Siliconera: With every major Version update, paid DLC has been released for Monster Hunter Rise. Previously, most cosmetic DLC was given to the player through event competition entirely for free. While some event quests do reward players with free cosmetics, will Monster Hunter be pivoting towards a future that will see more paid DLC over free content?

Tsujimoto: As you are aware, in titles prior to Monster Hunter Generations Ultimate, cosmetic content was mainly available as a reward for free event quests. However, as character makeup and equipment designs can now be expressed more richly in the game, and as a way to make it easier to obtain cosmetic content outside of quests, we have also started distributing paid cosmetic content from Monster Hunter: World. For the same reason, Monster Hunter Rise also offers paid content, but we are also increasing the degree of freedom of expression for character makeup and the number of equipment for layering implemented in the game, so we are focusing on both free and paid content.

Siliconera: Rampage Mode brings a new way for players to engage in hunts, throwing waves of monsters at players. How did the team work to balance this new gameplay mode and not overwhelm players?

Tsujimoto: Since this is a new mode, we spent a lot of time adjusting the difficulty levels. There are many elements that are different from normal quests, such as different requirements for completing quests, multiple large monsters coming at you at the same time, and different types of monster behavior. There is also hunting equipment that can be used more easily and automatically controlled by NPCs in the village, so both players who have played the series in the past and those who are new to the game can enjoy it.

Siliconera: What was one of the most challenging aspects of designing the maps for Monster Hunter Rise? Is there a chance we will see any new maps appear through future Version updates?

Tsujimoto: In a seamless field, you can enjoy highly flexible actions such as wall-running and Wirebug actions, so we’ve tried to make it an enjoyable way to move and explore until you get to the monsters. However, not all areas are filled with three-dimensional objects or areas to traverse up or down, and it is also possible to quickly run around the field riding the Palamute (which we introduced in this game), so we took great care in adjusting the balance in these areas.

Also, the new monsters that appear in this game are based on the Yokai-themed monsters, so we aimed to create a “spooky/frightening atmosphere,” which was one of the core concepts. The Shrine Ruins area has the atmosphere of abandoned shrines, and Frost Islands has the atmosphere of the Japan Sea in winter, where you never know when the weather will turn rough. As for future plans regarding new maps, we haven’t made any announcements on that.

Monster Hunter Rise is immediately available for the Nintendo Switch. A PC version is planned to release sometime in early 2022.