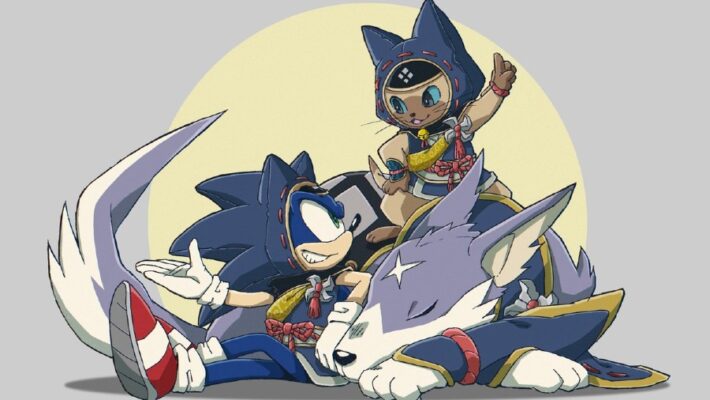 Ahead of the Monster Hunter Rise Sonic the Hedgehog crossover event that will bring new cosmetic items, there’s special official art. The official Sonic Twitter account offered a look at Sonic in-costume with a Palico and Palamute. More notably, the art is drawn by Sonic Team Artist Yuji Uekawa.

The image features the Palico and Palamute in the traditional Kamura Village clothing. When the crossover items appear during this Monster Hunter Rise event quest, the Palico can dress like Sonic and Palamute like Tails. (Hunters also get Sonic-themed costumes.) However, for this Uekawa art Sonic is dressed like a ninja. He’s also wearing Kamura Village gear.

Monster Hunter Rise is available for the Nintendo Switch, and the Sonic the Hedgehog event DLC will appear on November 26, 2021. The PC version of the game will appear on January 12, 2022. Sunbreak, its new expansion, will appear in Summer 2022 for both platforms.