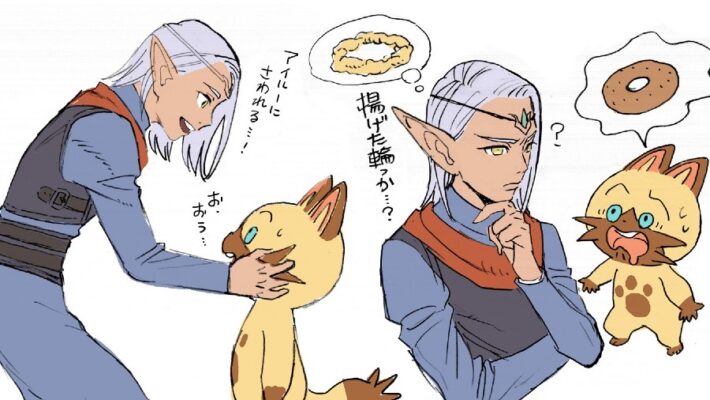 First, here’s the Cheval design. In the original game, he was one of the player character’s friends and fellow villagers in Hakum. He later returned for the sequel.

Next, Capcom shared some images of Alwin with Navirou in Monster Hunter Stories 2.

The third image looked at different Reverto expressions, which could be used as a reference sheet for the developers. Like Cheval, he appeared in both games.

Finally, here are the different expressions you might have seen from Kyle in Monster Hunter Stories 2. Like Alwin, he was an original character who debuted in the sequel.

Monster Hunter Stories 2: Wings of Ruin is available for the Nintendo Switch and PC via Steam. It was the most downloaded Switch game in the eShop in July 2021 and already passed one million copies sold.