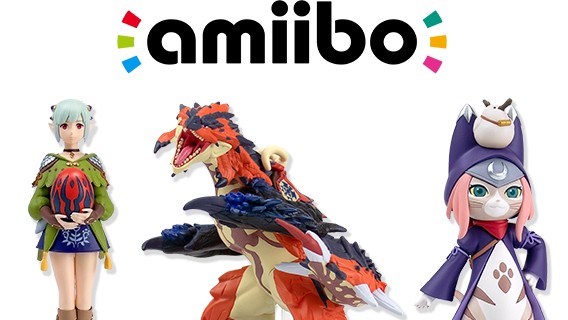 There will only be one store where people can get Monster Hunter Stories 2 amiibo in the United States and Canada. Capcom updated its official website to reveal the figures will only be at GameStop. While pre-orders aren’t open yet, both retailers will offer the Ena, Razewing Ratha, and Tsukino amiibo.

All three of those characters are supporting characters in-game. Getting and scanning them will change how your in-game avatar looks. This is because each one is tied to a layered armor set in-game. As a reminder, the Monster Hunter Rise amiibo will do the same when scanned into their game.

Capcom made amiibo for the original Monster Hunter Stories too. However, those figures never appeared outside of Japan. People could get figures of the One-Eyed Rathalos and its rider, Navirou, Dan on a Qurupeco, or Ayuria on a Barioth. These also worked with Animal Crossing: New Leaf Welcome amiibo Edition, allowing people to add a Felyne and Monster Hunter furniture to the game. (It is unknown if the Monster Hunter Stories 2 amiibo will be compatible with any other games.)

Monster Hunter Stories 2: Wings of Ruin and its amiibo will come to the Nintendo Switch and PC via Steam on July 9, 2021.