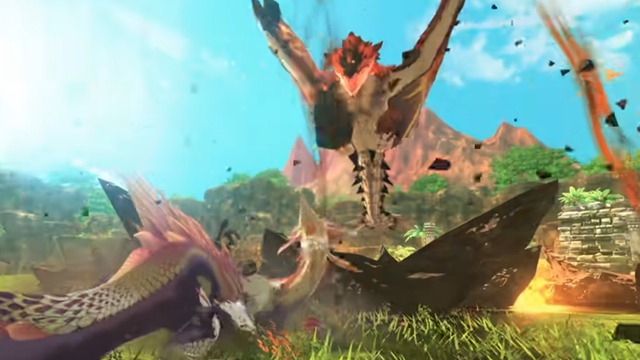 Capcom has announced through Twitter when the next series of updates for Monster Hunter Stories 2: Wings of Ruin will arrive. Starting on September 30, 2021 the next series of updates will roll out. This will add the Molten Tigrex and the Kulve Taroth High Difficulty co-op quest into the game. Additionally, more updates will arrive in early October. The Dreadking Rathalos will arrive in Monster Hunter Stories 2 through the October 7, 2021 update.

Each of these updates will add more co-op quests, new sub quests, and delivery quests for players to undertake. While the Dreadking Rathalos will arrive through the first October update, the Silver Rathalos and Gold Rathian will arrive in Monster Hunter Stories 2 sometime later that month. There is also a High Difficulty quest that will arrive sometime through a future update that Capcom has yet to reveal.

You can watch the Monster Hunter Stories 2: Wings of Ruin October update trailer below.

Turn up the heat with the next #MHStories2 Update, featuring ???? Molten Tigrex ???? and ???? Dreadking Rathalos ???? Monsties, and a High Difficulty ✨ Kulve Taroth ✨ Co-Op Quest! pic.twitter.com/GgyJqZRCh0

Previous Monsties that have been added to Monster Hunter Stories 2 include the Soulseer Mizutsune, Oroshi Kirin, and Elderfrost Gammoth. These unique variants are immediately available to obtain in the game. Additionally, the August update brought with it a Kulve Taroth quest. However, this version only allows players to fight the monster at the standard difficulty.