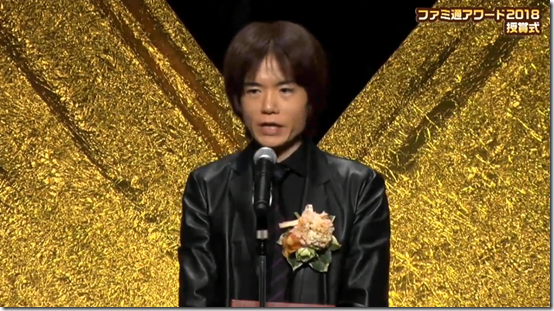 The Famitsu Awards 2018 were held today in Japan, and among the winners were Super Smash Bros. Ultimate, Monster Hunter: World, Octopath Traveler, and more.

Kirby won character of the year for his appearance in Kirby: Star Allies, and Sora’s Masahiro Sakurai won MVP for his work in the industry. The Excellence award for the company division went to Capcom.

During his award speech, Sakurai reiterated once more that he has been playing many big releases despite 2018 being a busy year. During the acceptance speech for the Game of the Year Award, he mentioned that Joker is coming very soon to Smash Ultimate.

You can watch the full awards below: